Status: Stopped
04:30 ELMS - Estoril: Harry Tincknell claims a clear pole position at Estoril for Jota Sport. He set a 1m29.497s lap to he the TDS Ligier of Tristan Gommendy by 0.7s. The 1pt for pole narrows gap to 9pts now from Signatech's Oli Webb, Nelson Panciatici and Paul-Loup Chatin. Panciatici qualified 3rd. Race starts at 1.30pm uk time
03:58 ELMS - Estoril: Staurt Hall has taken a first LMGTE pole of the season for Gulf Racing UK in the Aston Martin he shares with Roald Goethe and Daniel Brown. Title leader Matt Griffin qualified second in his AF Corse Ferrari. In the GTC class Luca Persiani took his third pole of the season in the #71 SMP Racing Ferrari 458 Italia.
16:48 That rounds off AUTOSPORT Race Centre Live for today.

Our full Dover NASCAR and Detroit IndyCar race reports will be online in the news section shortly, with plenty more reaction to come both on the website and in print during the week.

Race Centre Live will also be back next weekend, bringing you as it happens coverage of WRC Italy and tin-top action courtesy of the BTCC at Oulton Park and the WTCC in Moscow. 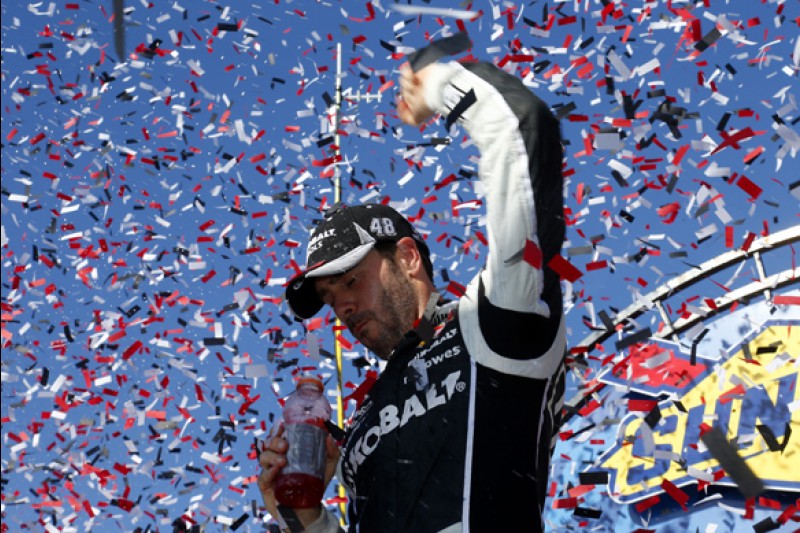 We just saw a replay of Sato's exit - he got a bit of help from Andretti.

By the way, during the previous caution period Hunter-Reay retired with an electrical problem, ending a miserable weekend for the Indy 500 winner.

The caution is the last thing Castroneves wanted to see, because now he faces a restart with Power all over his rear.

16:15 IndyCar - Detroit: We should also mention that fourth-place is currently occupied by Kimball, who started 20th. He's under some pressure from Pagenaud.
16:13 IndyCar - Detroit: Power is taking 0.6s-0.8s per lap out of Castroneves, but he has a huge task ahead - his team-mate is still 10.1s down the road with 15 laps to go. Dixon is still right behind Power in third, which would be a great result given that he started from the back.
16:12 NASCAR - Dover: Johnson owned the final restart, and kept Keselowski at bay to score victory. Kenseth finished third, ahead of Bowyer, Hamlin, Truex and Stewart.
16:10 NASCAR - Dover: As we get to the business end of this race, the restart order is Johnson, Kenseth, Keselowski, Boywer.
16:09 NASCAR - Dover: We're going to have a four-lap shoot-out to the finish. Or a green-white-chequered...
16:09 NASCAR - Dover: Everyone from sixth place back has pitted, but Johnson stays out in the lead. This should be good when we go back to green.
16:07 IndyCar - Detroit: Problems for Rahal, who appears to have clipped a wall and is limping around with a wonky left-rear.

Up front, normal service has resumed: Castroneves rejoined in the lead, 12s ahead of Power, with Dixon in third.

This Week with Will Buxton: Episode 15

This Week with Will Buxton: Episode 14

This Week with Will Buxton: Episode 13

This Week with Will Buxton: Episode 12

This Week with Will Buxton: Episode 11