This virtual endurance test, which is organised by the World Endurance Championship, Automobile Club de l'Ouest and Motorsport Games, will feature 200 drivers, including F1 champions and real-life Le Mans winners.

A 50-car field will compete for the honours around a dedicated recreation of the Circuit de la Sarthe, with unpredictable virtual weather conditions set to play a part.

The race got underway at 2pm in the UK, with polesitter Tom Dillmann holding onto the lead in the early running for ByKolles.

But Dillmann was later deemed to have jumped the start and had to serve a drivethrough penalty, which dropped him down the order and it was E-Team WRT driver Kelvin van der Linde who led at the end of the opening hour ahead of Stoffel Vandoorne in the #16 Veloce Esports machine.

The race was paused by a red flag during the six and seventh hours due to a technical issue, with Devin Braune, team-mate to Nissan Formula E driver Oliver Rowland, leading for 2 Seas Motorsport at the restart.

At this point, the ByKolles machine began to make an impressive recovery to storm back into the lead battle - enjoying a side-by-side scrap with the Redline crew.

But it then suffered more woe with sim racer Jesper Pedersen having a temporary server connection failure and dropping down the field once again.

The #16 Veloce crew then assumed the lead before Eamonn Murphy - after taking over from Vandoorne - had to make an unscheduled pitstop, gifting Verstappen and Redline the advantage once more.

However, technical glitches for Verstappen in the tenth hour resulted in a crash at the Porsche Curves that handed the race lead to the Rebellion Williams Esport #1 entry featuring Raffaele Marciello.

The Redline entry became the first confirmed retirement shortly afterwards but has since been permitted to restart the race following the second red flag stoppage with five hours to go, albeit 18 laps down in last place in the LMP class.

The second red flag was triggered by server issues, causing a 30-minute stoppage, with the #1 Rebellion Williams still leading after the restart, but having lost its healthy advantage over the sister #13 car featuring Formula 2 race-winner Jack Aitken.

ByKolles had recovered to third on an offset strategy, the only other car on the lead lap.

The GT class has been dominated since the start by the #93 Porsche, although the Romain Grosjean #80 R8G Esports Corvette has fought back from being hit by the Richard Mille prototype of Katherine Legge - who was later penalised for an unsafe release upon rejoining at the second Mulsanne chicane - to run second in class with Macau GP winner Daniel Juncadella leading its charge.

Charles Leclerc suffered a nightmare second stint in his #52 Ferrari 488 GTE, as he spun out of second place shortly after exiting the pitlane.

He was then hit with a multitude of technical issues that left the car he shares with fellow F1 driver Antonio Giovinazzi well down the order.

Earlier, the Fernando Alonso/Rubens Barrichello #14 prototype dropped well down the order after Alonso pitted following a collision with the #94 Porsche driven by Simona de Silvestro at Tetre Rouge.

As the double F1 world champion was in the pitlane, he was handed a penalty for the incident, which led to the game's software preventing his car from being serviced and he duly stopped on track with a lack of fuel.

The car was allowed back into the race - six laps down - following the first red flag restart, and has gradually moved back inside the top 20.

The race is now into its final hour, with the #1 Rebellion Williams Esports entry leading outright by 45 seconds, while the Porsche Esports #93 car leads the GT field. 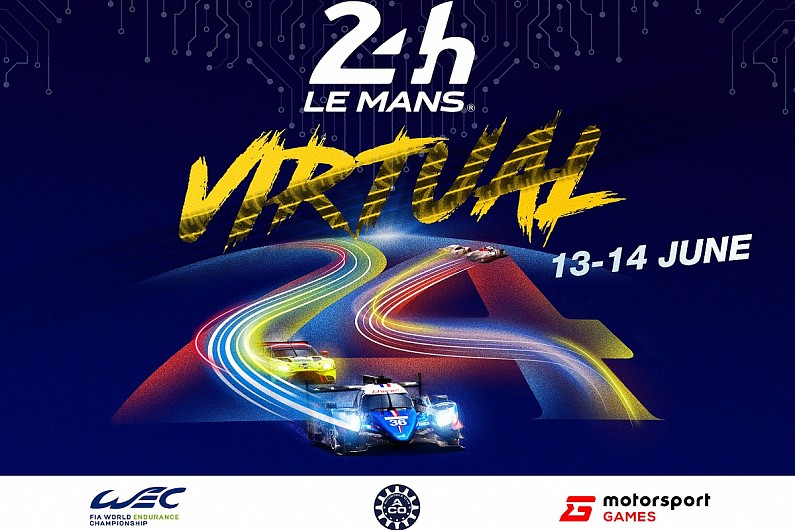