Codemasters marks its 10th anniversary of making Formula 1 games with its most densely-packed and detailed edition in the franchise so far.

When it was announced that F1 2019 would be released in June, two months earlier than its predecessor, there was a concern that the quality would be sacrificed for the earlier launch date.

Fortunately, after over 24 hours of playing F1 2019, it's already evident that no expense was spared with this year's title, with more quality and quantity offline and online than ever before.

The headline addition is Formula 2 - the first time F1's main feeder series has been included in the game series. It's long been on fans' wishlists and now it's here, it doesn't disappoint. The cars are challenging to drive, requiring both patience and precision.

They're harder to tame than the F1 cars, but it only makes you appreciate the downforce and grip of the current F1 cars more once you graduate. 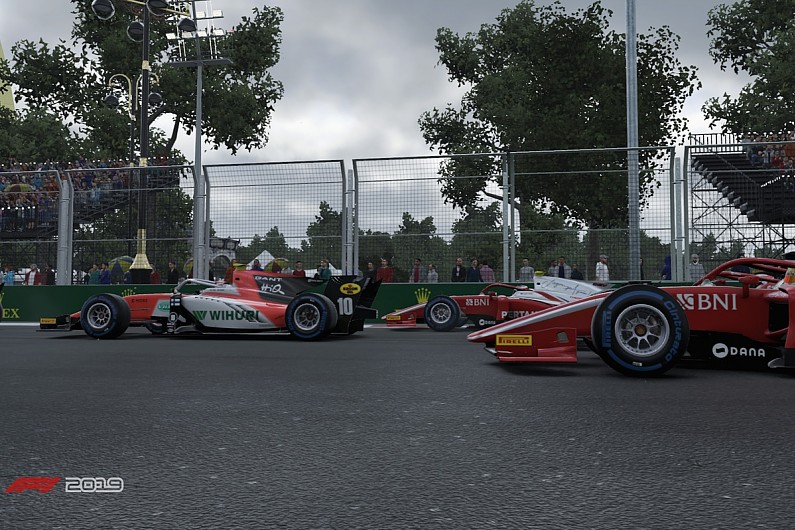 F2 is integrated into career mode, with players tackling three short scenarios rather than a full F2 season - available elsewhere in the game. It's the 2018 season rather than the current grid - Santino Ferrucci not included - but this makes sense within the context of career mode and the 2019 grid will be added as a free update in the summer.

It's in F2 where your rivalry with two fictional drivers begins. One is your team-mate who, at least in our playthrough, was the nicest racing driver alive, while the other is arrogance incarnate. Both are one-note cliche characters but stand as a welcome addition to a previously lifeless career mode. But with Lando Norris, George Russell and Alexander Albon all graduating from F2 to F1, it feels like a missed opportunity not to replace the cliche characters with the real-life young guns.

The two characters follow you into F1 and play a pivotal role throughout your debut season, acting as the reference point for your success. For those not interested in this duo or F2, the game gives you the opportunity to completely skip F2 and move straight into F1 with all the official drivers.

Sticking with career mode, one of the most requested features has been added in driver transfers. This provides the possibility of Sebastian Vettel and Lewis Hamilton switching places, or left-field moves such as Robert Kubica finally taking his place at Ferrari. This, coupled with the development race, really makes each season of career mode feel unique, and actually makes completing all 10 seasons of the career mode a possibility. 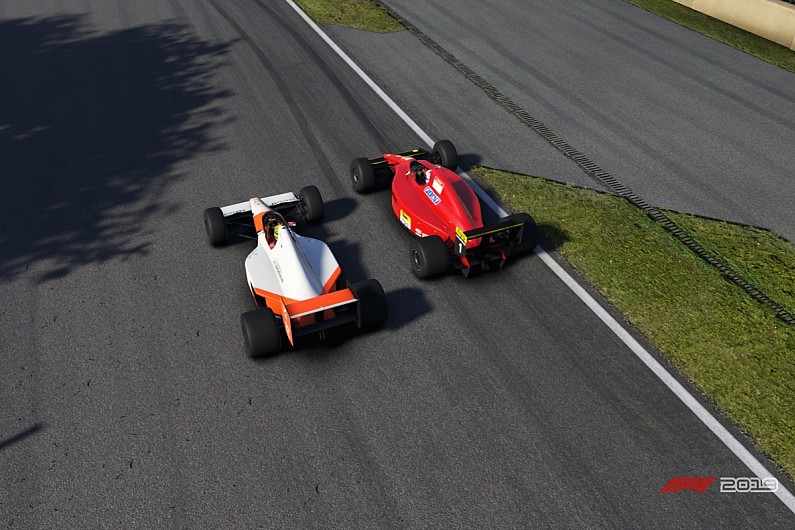 Another headline feature was the 'Senna vs Prost' challenge mode. Eight scenarios where you either compete as Ayrton Senna in his 1990 McLaren MP4/5B or Alain Prost in the Ferrari F1-90.

Unfortunately, this proves to be the most underwhelming feature in the game, nothing more than the pre-existing challenge mode with the Senna/Prost skins. Considering this DLC will currently set you back an extra £20 on consoles - albeit with three-days early access - it's difficult to advise paying for the 'Legends Edition' of the game.

Beyond the Senna/Prost cars, Codemasters has added the 2010 Ferrari and McLaren cars to its already extensive classic cars roster in order to celebrate its anniversary. As ever, the handling department has worked wonders, replicating the unique feel of each of the classic cars.

It's also continued its steep improvement curve to make the current generation cars feel more realistic than ever, while also not alienating the casual fans. The gameplay has also been enhanced by the AI, which isn't afraid of throwing it down the inside if you leave the space. With the 110-scale difficulty slider, everyone can find their own difficulty sweet spot.

Many gamers prefer the challenge of racing online. Unsurprisingly, our first online race resulted in an over-ambitious player - in a Senna-tribute livery and helmet - using our car as a brake into Turn 1 at Suzuka.

Of course, there isn't much Codemasters can do to prevent this, but its ranking system means once you receive your 'safety rating', you'll only be matched with players of similar racing etiquette, or lack of.

Once dug out of the gravel, there was good racing and little signs of the connection woes that have blighted other F1 games upon release. It remains to be seen whether that statement stands after the game's wider release on Friday.

There's more customisation than ever before, with custom liveries in multiplayer for the first time. Gamers can unlock liveries, helmets and badges by completing challenges and earning the in-game currency. It actually provides a purpose for completing sections of the game that were previously relatively pointless. 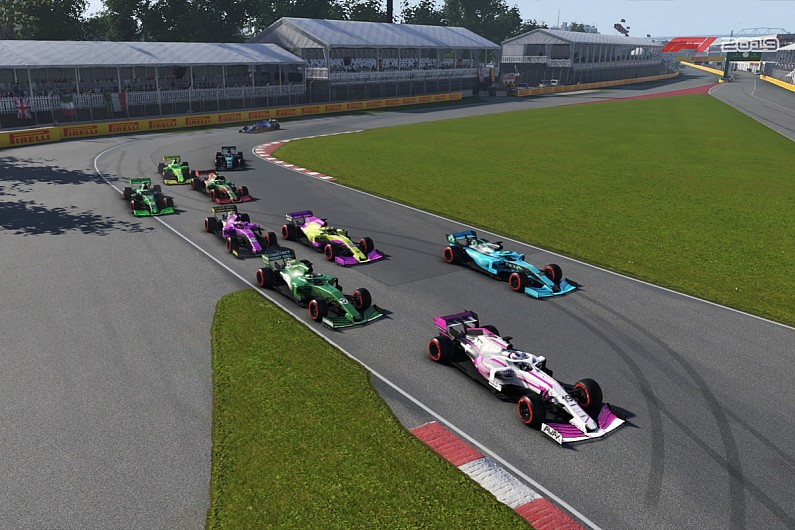 All of these online additions will only encourage more participation and viewership of the third F1 Esports season, Codemasters has made it easier than ever to follow and be a part of the competition.

For those who want to race competitively but aren't quite fast enough for the Esports series, Codemasters has added a 'leagues' mode to the game, where anybody can create or join a racing league.

Online players will also be delighted to hear that there are now online replay highlights within the game, which look even better with a field of custom liveries and helmets.

This is all furthered by the graphical improvements to the game. Wet-weather looks as stunning as ever and environments surrounding the circuits are crisper.

Considering its earlier release date, Codemasters has included a miraculous amount of new additions which make the game feel fresher and more immerse than ever before.

Longevity has long been an issue of any annually released franchise, but F1 2019 appears to have the tools to suggest we could be enjoying this edition all the way to next year's release.