© 2020 Autosport.  All rights reserved.
Previous / IMSA working to get clearance for non-US personnel
Next / F1 won't rush allowing fans back to races

Formula 1 must not row back on its recent drive to cut costs when the world's economic situation improves, says Haas boss Gunther Steiner.

Speaking in the latest #thinkingforward series of interviews to discuss motor racing's management and leadership in these unprecedented times, Steiner believes it is essential F1 stays committed to the positive action it has taken with moves to reduce spending.

He suggests that F1's stakeholders need to not forget the challenges everyone has faced in recent months and remain fully behind a new impetus to secure the long-term future of all teams on the grid.

"We came together and decided on a budget cap, a lower one and it is a good initiative," said Steiner.

"We decided very quickly that we take the car forward from this year to next year, and the 2022 regulations should make the car cheaper.

"I think we learned already some [lessons from it]. Now, we need to make sure that we don't forget about and then, when the good times come, the first thing we do is, 'oh let's discuss about taking the budget cap up again, or take it away'.

"I don't think it will happen. But I will keep it in my mind that we shouldn't be doing it. And that is how we come out stronger."

One of the key lessons that Steiner says he has taken from the coronavirus lockdown is how teams and business have left themselves with too little margin in the good times.

"In the end what it shows to me is that as businesses, we are too much on the edge," he said. "Any little distraction takes us off the edge, you know, which isn't good.

"We don't have any reserve fuel in the tank, I would say. And I'm not referring just to money, I think on everything. You're just not thinking that there could be a bump on the road, you're just thinking it's smooth sailing all the way."

With F1 having introduced a 'New Deal' package of rules aimed at reducing costs and closing up the grid, Steiner is optimistic that, while the top three teams will still hold an advantage into the new rules era from 2022, that they will not be totally out of reach.

"We shouldn't expect in 2022 that everybody is equal, I think it will take a few years because the advantage the big teams have with their resources is pretty good," he said. "And it's also knowledge they acquired over the last 20 years.

"So, I think they will still have an advantage. But in the end, I think, if you do a good job, just make a fast car, then it should get you there.

"I mean, it should take you there. Maybe not to win races but to have the chance to go on the podium, and a realistic chance: not just one that you need to be fortunate that at the right time at the right place, then you make it." 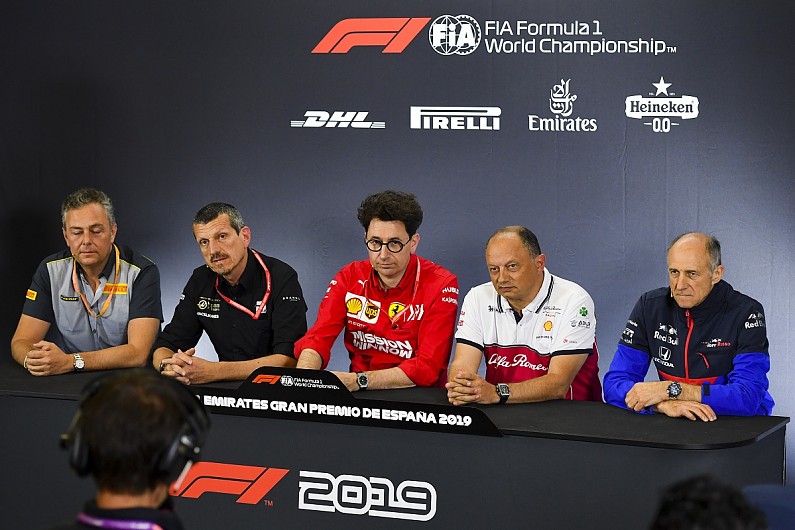 Although the impact of a reduced cost cap will not make any difference to Haas' own spending, Steiner thinks it will be a huge benefit to everyone in F1.

"We didn't equalise it yet. But it's a good step, the gap is reduced by five times, which I think is a big achievement."