Red Bull team boss Christian Horner believes Formula 1 must look beyond a budget cap and consider 'bold' plans like customer cars in a bid to help all teams survive the coronavirus crisis.

Speaking exclusively to Autosport for the #thinkingforward series of discussions with motorsport's leaders, Horner echoed the belief of many that radical solutions are needed for grand prix racing to come out of the current difficulties in good shape.

One practical idea he believes should be pursued, even as a temporary solution for a few years, is for the smaller teams to be offered the chance to purchase year-old customers cars.

Such an allowance would help those outfits reduce the huge research and development costs that are the biggest drain on resources in F1, which would then give them time to regroup and ultimately later return to becoming full-blown constructors.

"If I was running a smaller team, the fastest way to competitiveness at a cost-effective route would be rather than trying to reverse engineer and copy your supplier team, which is happening in many cases, why not just sell them the whole car that we finish with in Abu Dhabi? Let them have it.

"Plus, if they get the race team together, they could win races. We proved that with Toro Rosso and Sebastian Vettel when we were supplying them effectively a customer car back in 2008.

"It works in other forms of motorsport, in MotoGP. So if you could buy a Mercedes, buy a Ferrari or a Red Bull after Abu Dhabi, why wouldn't you?" 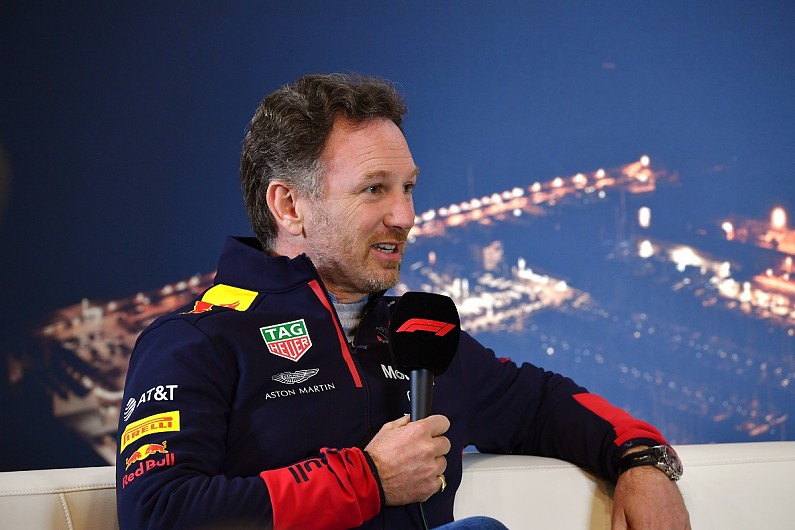 Much of the current debate regarding cost saving in F1 has revolved around a battle over the budget cap - with smaller teams pushing for a reduction as low as $100 million while Ferrari is adamant it prefers it nearer the $150 million level.

Horner said that other rules, such as development freezes, deserved greater focus as bringing down the necessity to spend would be much more valuable for teams than worrying about a spending limit.

"I'm all for saving money and a cap is a reasonable thing, but if you don't go upstream and stop the flood of water, then you can't expect the cap to be the dam that captures it all," he said.

"It's very much about cutting off that supply of water upstream."

Despite the political battles that still need resolving, Horner said he had faith that F1 was acting in the right way in its response so far to the crisis and how it takes this opportunity to shape the category for the future.

"F1 as a global world championship has been very heavily affected but I think that in times of adversity people do come together," he said.

"I've seen it in our own team and within the sport as a whole.

"I think by and large, everybody's focused on the right things in terms of ensuring that F1 survives, and that it does eventually get going, that it does it in a safe and responsible manner."

Horner also urged fellow F1 team principals to be open to trusting the more experienced paddock figures who have experienced crisis situations before, including F1 managing director of motorsport Ross Brawn and FIA president Jean Todt, in what they were trying to do.

"Nothing prepares you for what we're currently facing and you try and use common sense and use experience to help guide your way through it," he said.

"There are is a few team principals that haven't been through those kinds of experiences previously, and I think it's therefore important that the sport leans on the experience of people like, for example, Ross Brawn who's lived through a crisis of his own with Brawn GP and Honda and so on.

"I think that life experience is invaluable. It is the same for Jean Todt, and I think that it is [about] harnessing that experience."