Theodore has strengthened its partnership with Prema Powerteam, which it has backed at the Macau Grand Prix since 2013, to encompass GP2 as well as the Formula 3 European Championship and the German Formula 4 Championship.

Theodore boss Teddy Yip Jr revived the brand, made famous by his father in the 1970s and '80s, three years ago to celebrate the 30th anniversary of Ayrton Senna's 1983 Macau GP win.

Yip is also team principal of Status GP, which will not be present for this weekend's GP2 opener at Barcelona.

The team, which ran Richie Stanaway to a race win in its maiden GP2 season last year, had not attracted any budgeted drivers for 2016.

Status, which ran Team Ireland to the A1GP title with Adam Carroll in 2008-09, had already decided to quit GP3 after a six-year stretch at the end of 2015.

Yip said: "2016 will be a transitional yet exciting year for me and I have made the decision to expand Theodore Racing.

"My desire to work with and support world-class young drivers has driven me to become involved with, and provide a positive impact on junior formulae.

"Having formed such a close and successful partnership with Rene, Angelo and Prema in Macau, plus the fact that they are race winners in all categories, it was an easy decision to expand our partnership to encompass all of Prema's junior single-seater campaigns."

Rene Rosin added: "Our partnership carries huge potential, something that was obvious to me from the beginning when we won the Macau GP together in 2013.

"Since then, our relationship has gone from strength to strength and I look forward to 2016 more than ever."

A spokesperson for Status said that the team's situation would be reviewed after this weekend's Barcelona round, and that discussions are ongoing with a potential purchaser. 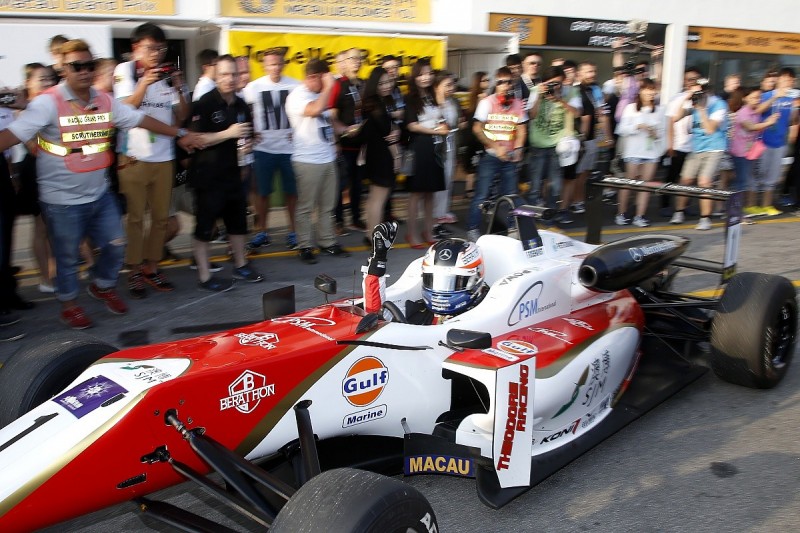