F2 will use the new-profile tyres one year ahead of their introduction into F1, where the switch from 13-inch tyres is being made as part of the major rules overhaul coming for the 2021 season.

"We were quite curious to understand if the level of performance was in line with 13-inch, because 13-inch is a product with a long history of development.

"The level of development of the 13 inches is at quite a high stage, but the 18-inch is a completely new product, [and] the level of performance is in line with 13-inch.

"Consider that here the comparison is really representative because the [F2 car from 2019-20] is the same.

"There's [also] small changes to the suspension from the steering [arm], but the rest is the same.

"So it's a proper comparison using the same car, and the level of performance [on the 18-inch tyres] is the same [and] the driveability is very good." 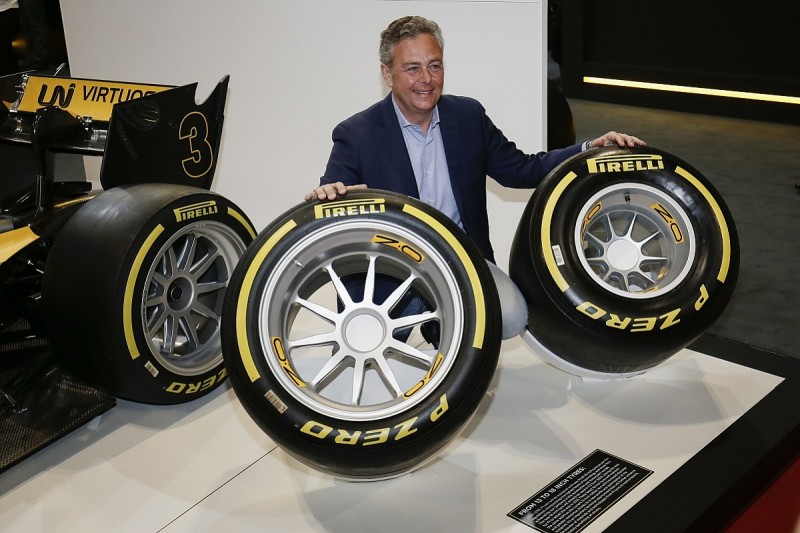 Isola revealed that Fuoco and Rigon had reported that the new tyres "are more reactive, more precise" and that "the braking phase is quite good".

He said Pirelli was "surprised about the braking phase" feedback, as "that's important for overtaking and to have action on track".

"I'm expecting to have a good season [in F2]," he continued.

"It's an important test for us also in the view of F1 in 2021 because we are going to have a full season of racing with F2 with 18-inch tyres.

"That's important because you have a real environment, not just a test [to] test the situation.

"At the beginning we were a bit worried about impact with the kerbs because of the reduced sidewall.

"[But] it's ok - the drivers said that they could keep the same lines, it was not necessary to change the lines in order to avoid kerbs. So, I'm very positive on F2 2020."

The 2020 F2 sporting tyre rules are set to remain the same as in previous years, with drivers having five dry sets available over a race weekend and two compounds - from supersoft, soft, medium and hard - to use per feature race.

"The new compounds are in the line with the old ones," said Isola.

"We have new compounds because the 18-inch tyres work in a different way, but in terms of delta laptime and degradation they are in line with the previous [2019] compounds."