FIA Formula 3 champion Oscar Piastri says his rookie Formula 2 campaign is "very important" regarding his plans to reach Formula 1, but has no preconceived expectations for 2021

Such accolades have made it clear Piastri is a future star with Alpine confirming the Melbourne racer has been re-signed for a second year of its F1 junior programme.

Having won FIA F3 at his first attempt, the 19-year-old believes he will face a "very challenging year" and is not putting too much pressure on himself to deliver a third straight title.

While he has little expectations for this season, Piastri envisages a two-year plan in F2 before hopefully graduating to F1.

"I think it's a very important year," said Piastri.

"I've got the momentum with me at the moment, off the back of two championships, so if I can add a third in a row, I think that is only going to put me in good stead [for a future F1 drive].

"Having said that, I'm expecting it to be a very challenging year.

"I think the grid this year is extremely competitive, and stepping up to F2 in itself is no easy task.

"The plan is sort of two years, and if I can get it done this year, and make the step up to F1, of course that's even better, and that was the plan for F3, our initial plan was two years and that worked out a bit better than planned.

"I think this year is important, but depending how this year goes, I think next year could possibly be 'the' important year."

Looking ahead to this year, the teenager - managed by fellow countryman and F1 race winner Mark Webber - is hoping to be challenging both his Prema Racing team-mate Robert Shwartzman, and for race wins. 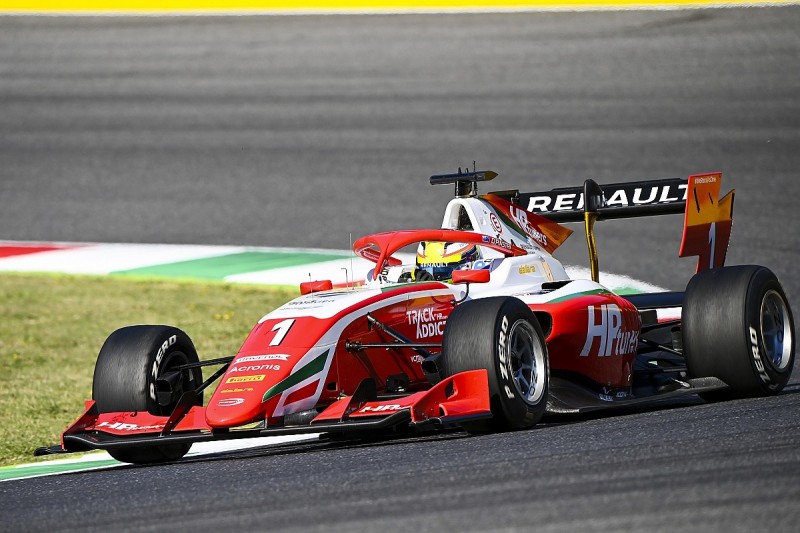 "Obviously I have very good benchmark in Robert Shwartzman," he added.

"I'm sure if I'm challenging him then I will be somewhere near the pointy end of races and hopefully the championship as well.

"Obviously it is a big learning curve. There are pitstops in the races, I have never done a pitstop before so that is something I have got to get used to.

"I'm not really putting too much pressure on myself to achieve anything extraordinary in my first year."

Now fully entrenched in Alpine's junior programme, it is conceivable Piastri could be in the right place and the right time for an F1 graduation should his two-year F2 plan come to fruition.

Alpine currently has Esteban Ocon and two-time world champion Fernando Alonso signed up to two-year contracts, with the former's tenure beginning last year, and the latter's starting this season.

"I think that timing could work out very well, but in saying that, I've also got two other guys in the Renault academy also in F2 with me. So I can't rely on that to simply get me into F1," he said.

"I'm expecting both Zhou and Christian to be strong in F2 this year.

"I believe that if you are extremely successful on-track, then you can almost make your own timing.

"That's sort of the mentality I'm taking, and it gives Alpine and [director] Mia [Sharizman] a bit of a headache, but it's a nice headache to create I guess.

"If I'm being successful and showing that I'm ready, and that there's no alternative, I think that's only a good thing for me."