Christian Lundgaard has been reinstated to second position in Saturday’s second Formula 2 sprint race in Bahrain, the FIA has confirmed.

The ART Grand Prix driver initially finished second on the road behind race winner Oscar Piastri, although stewards had earlier issued a 10-second time penalty to Lundgaard for contact with Lirim Zendeli that ultimately ended his race.

Lundgaard pulled up in the parc ferme to appear on the podium before the timing screen updated the results with his time penalty added dropping him to ninth place.

To add to the confusion, Carlin’s Jehan Daruvala was not aware he had been classified as third.

“I honestly didn’t know I was on the podium,” said Daruvala.

“I had messages from my family group saying ‘what a mad race’ and they said run to the podium. I literally put my phone down and ran as quickly as I could from the paddock.”

However, it has been confirmed Lundgaard had actually served his 10-second penalty during a late pitstop for fresh rubber.

According to the championship organisers: “Lundgaard served his time penalty in the latter stages of the race, and with much happening in the pitlane and on the track, the FIA needed time to confirm whether the Dane had taken his time penalty in a proper manner.

“The confirmation came after the podium ceremony, and since the ART driver served it correctly, his P2 result was reinstated.” 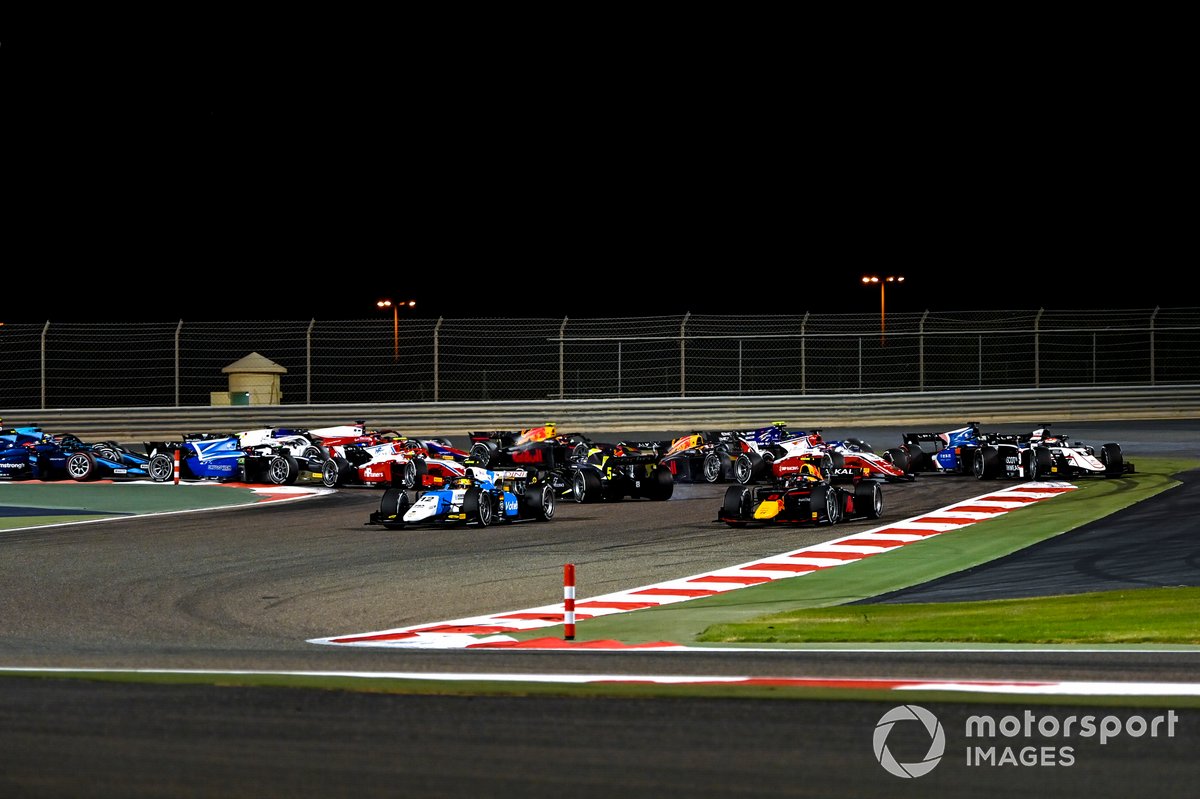 With Lundgaard regaining second it means UNI Virtuosi’s Guanyu Zhou has been demoted to third, while Carlin’s Jehan Daruvala, who was moved up to third, has been pushed back to fourth.

It also means Matteo Nannini will have to wait to score his first point in F2 having been demoted from eighth to ninth position.

Daruvala had emerged with the championship lead following his results in the two sprint races, but has now dropped behind Piastri, who now leads the standings by a point.

Formula 2 will host its first feature race of the season on Sunday, which will see Zhou start from pole position with the starting order set by the results from Friday’s qualifying session.