A move to some form of hybridisation and the use of biofuels are among tentative early discussions for future Formula 2 and Formula 3 cars.

Preliminary talks have begun regarding the future direction of the F1 feeder series, but championship CEO Bruno Michel has confirmed the current F2 and F3 cars will remain largely unchanged for the next three years.

While keen not to add the burden of a new car and the extra costs on teams during a difficult economic climate, impacted by the effects of Covid-19, the championship is continuing to look to the future behind the scenes.

Hybrid technology and a move to use more environmentally friendly materials are a hot topic in motorsport currently.

Formula 1 has led the way in hybrid technology, having used hybrid power units since 2014, and has set out aims to use fully-sustainable biofuels, with the next generation of power units scheduled for 2025. 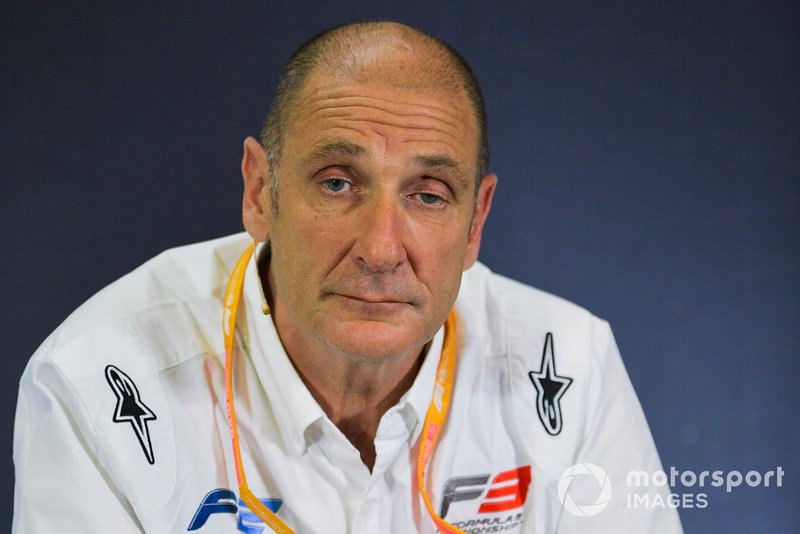 Michel says F2 and F3 have begun asking the same questions surrounding how the series can be more environmentally friendly.

“We have made the decision not to change the F2 car for the next three years and we are going to do the same for F3 in the future because at the moment nobody wants to buy a new car,” Michel told Autosport.

“The present cars are doing the job in terms of performance and in terms of learning for the drivers to get to the next category. It is doing the job from a show point of view because the races are absolutely outstanding in F2 and F3 and we don’t want to change that.

“After that at some point we will need to ask ourselves questions about environment, maybe hybrid, maybe biofuel, so those are things we are discussing at the moment. But they are not going to be in the short-term because we don’t want to add a massive cost to the teams by making a new car in the short future.

“We will of course have to think about it and we are already thinking about it at the moment.”

Although the current F2 and F3 cars are locked in for the next three years, Michel has not ruled out the possibility of an upgrade kit being introduced before a new car is born.

Last year the F2 Dallara, which was introduced in 2018, underwent a significant upgrade through the introduction of 18-inch wheels and tyres, a development set to be adopted by F1 next year.

“We always have the possibility to make what we call an upgrade kit like we did last year for F2 with the 18-inch tyres. That was not just changing tyres and the rims, there were quite a lot of changes on the car itself,” Michel added.

“That is what we are not doing any changes now as we did this big change last year which we were supposed to do one year before F1, but now it will be two.

“We always have the possibility to make a change to the car without re-designing the car. Maybe in one year or two years’ time we might do that but we won’t completely change the car for another three years from now.”

Meanwhile, the 2021 F2 season will officially commence on Friday with the 22-car field set to contest a 45 minute practice session ahead of the debut of the series’s new qualifying format.

As per new sporting regulations, the qualifying session will see the top 10 inverted on the grid for Race 1 on Saturday. The session will also set the starting order for Sunday’s feature race.