But the stewards - after examining video evidence where it was discovered that oil was down on the track - found "that it would have been quite difficult, if not almost impossible, to slow down quickly enough without potentially causing a major incident", referring to Ghiotto and King.

Therefore Ghiotto and King get their respective fourth and fifth place finishes back, while DAMS' Sergio Sette Camara drops to sixth from fourth and Nobuharu Matsushita (Carlin) to seventh from fifth. 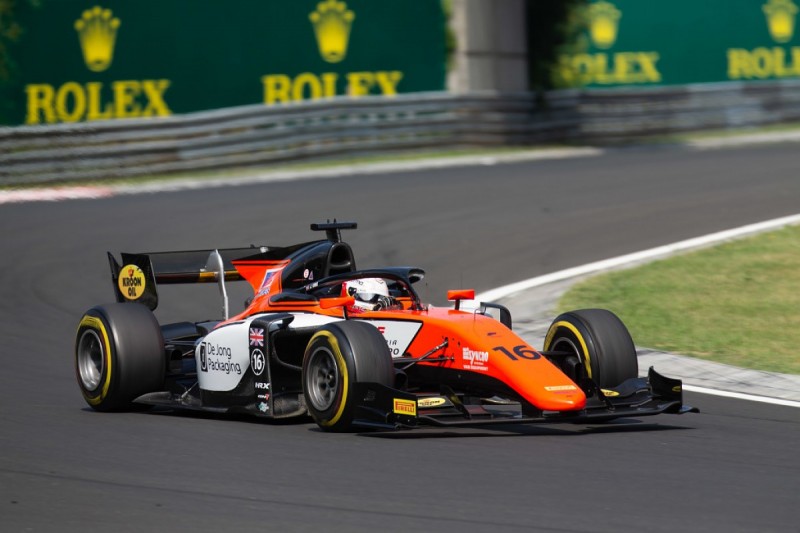 "It was alleged that both drivers committed an infringement during the start of the [virtual] safety car procedure and did not comply with the minimum time set by the ECU.

"It had been determined during the race that both cars had driven more than a second below the minimum ECU delta time in marshalling sectors seven and eight.

"Both were handed five-second time penalties, which left Ghiotto in seventh and King in eighth [eds note, this statement is incorrect and Ghiotto was sixth, ahead of King in seventh].

"However, in a post-race hearing, the stewards discussed the incident in detail with the two drivers and examined footage from the MP Motorsport [King's] car.

"They found the situation to be relatively unique, as four cars had been running in a tight pack in a high-speed area prior to the incident and there was oil on the track from the incident that brought out the safety car.

"The stewards found that it would have been quite difficult, if not almost impossible, to slow down quickly enough without potentially causing a major incident.

"As such, in the interest of fairness, the stewards found the normal five-second penalty to be inappropriate and have removed it."