Fukuzumi entered F2 after finishing third in the 2017 GP3 standings with ART Grand Prix, behind only George Russell and Jack Aitken, but has struggled so far this season.

He and his Arden team - and team-mate Maxi Gunther - have made errors alongside reliability issues.

Fukuzumi is therefore second to last in the points, although he scored two top 10 finishes at the recent Red Bull Ring round.

"For sure it's getting better, even with the team we are getting better with communication," said Fukuzumi, who encountered electrical and radiator issues that prevented him from making further progress last time out at Silverstone.

"At the beginning I was struggling, especially with communication with my engineer. Now I feel very comfortable with him.

"I'm feeling strong with them and they are always pushing and pushing.

Makino, who is competing in just his fourth year of car racing, believes having access to Markelov's data is helping to improve his race pace.

He took his best results of the season so far with a sixth and a seventh in Austria, in a campaign where he has encountered a series of car issues. 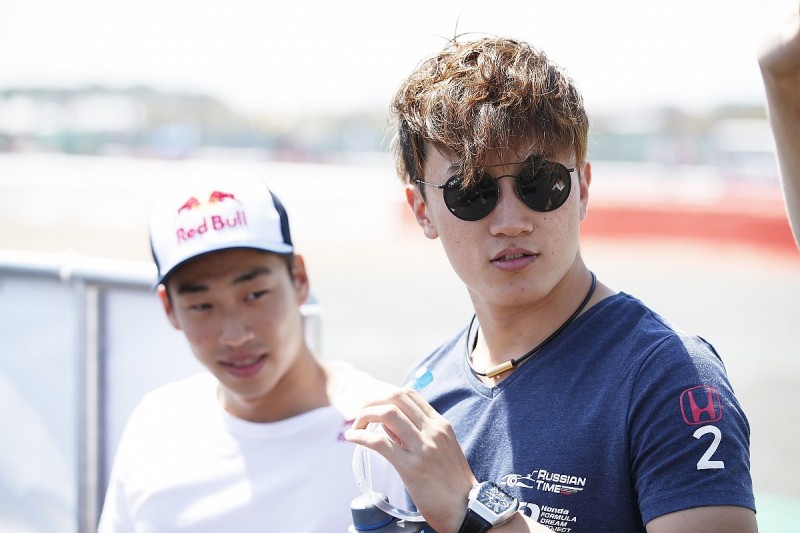 The 21-year-old is hopeful that continued work with Markelov - who is in his fifth year of GP2/F2 - will yield further improved results.

Makino has an average qualifying position of 11.43 - better than Markelov's 12.43 - but in terms of race results Markelov averages 6.08 compared to Makino's 11.

"I have learned a lot of things from Artem as his race pace is always awesome," said Makino.

"The qualifying pace is quite similar, but in race pace he's quicker most of the time, so I've been learning.

"I can watch everything on the data, so it's really a big help for me and also my engineer has been doing a really good job.

"The big thing is I have learned a lot about the Pirelli [tyres] as this is my first time using them.

"Artem's data is a big help for me to learn how to save the tyre."