Marcus Armstrong took his third FIA Formula 2 win of the season in the Zandvoort sprint race, surviving a last-lap shootout to beat Clement Novalak to his fourth series victory.

The Hitech GP driver started second but led by Turn 1, passing Novalak off the line to take command of the sprint race.

He dominated from there and held off MP Motorsport rival Novalak on the lap 29 safety car restart to secure his third sprint race victory after wins at Imola and the Red Bull Ring.

Polesitter Novalak suffered wheelspin off the line, with Armstrong swooping into the lead, while Hauger took third from Armstrong's team-mate Juri Vips by using the low line at Turn 3.

Carlin driver Liam Lawson then got past Vips up the inside of Turn 12, the pair tussling side-by-side before the Kiwi emerged in front to take fourth, while Vips caught the gravel.

After crashing in qualifying, Theo Pourchaire’s bad luck continued on lap two as he ran across the gravel at Turn 1 while trying to pass David Beckmann for 15th. It dropped the ART driver back to 21st .

Armstrong had built up a 1.5s lead to Novalak by lap three. There was a brief yellow flag the following tour as Olli Caldwell ran across the Turn 1 gravel, running into the barrier. Though he got going again, he pitted for a new front wing and eventually retired on lap 13.

Hauger looked to be closing in on Novalak by lap five, with the gap down to 0.6s, but Novalak broke the DRS window the following lap to hold off the Prema driver. 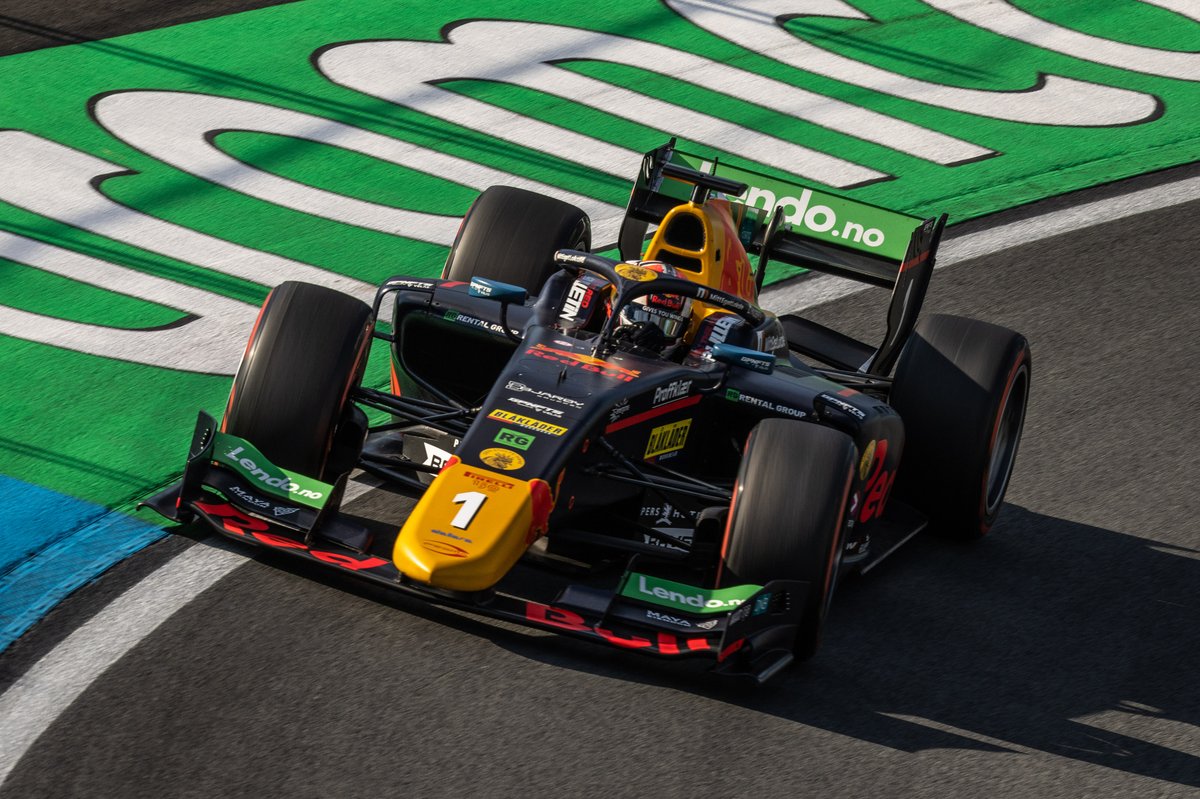 He was back within DRS range by lap eight, with Novalak closing in on Armstrong, but neither driver got close enough to make a move.

Richard Verschoor also attempted to apply pressure to Vips at Turn 2 on lap 24, but failed to pass.

The yellow flags were briefly waved again on lap 26, as Jehan Daruvala spun at Turn 8, but he managed to keep his Prema machine going before finishing 17th.

Moments later, the safety car was deployed as series returnee Tatiana Calderon spun and beached her Charouz car in the Turn 2 car. The Colombian had started from the pitlane after stalling on the grid.

Racing resumed on the final lap, but Armstrong caught Novalak unawares and roared into the distance. The only driver able to take advantage of the restart was Ayumu Iwasa, the Japanese driver snatching sixth from Verschoor around the outside of Turn 1.

Lawson finished fourth, with Vips and Iwasa in fifth and sixth. Verschoor took seventh, as Logan Sargeant rounded off the points paying positions for Carlin.

Formula 2 and 3 to pioneer sustainable fuels from 2023 season