Russell has finished first or second in three of the last four F2 races, stealing the championship lead from fellow F1 hopeful Lando Norris in the process.

Russell believes a throttle sensor breakage at Paul Ricard - where he was due to start on pole - and a stall at Bahrain at the start of the season have helped him understand the car better.

"I've been almost in a lucky position that I've had two races, with the stall in Bahrain and the issue we had in Paul Ricard, to try things and understand the tyre better," explained the 20-year-old. "I think that's put me in good stead for the season.

"We've turned the negative into positives.

"Every race I've done, I've learned something. It's put us in good shape.

"I feel like we're on top of the tyres and we know what to do to extract the maximum.

"I know it's still early days but I have good confidence and good feeling.

"We saw good pace from DAMS and Alex [Alexander Albon] at Silverstone, but they struggled on Sunday."

This year's F2 car is heavier than its predecessor, which has increased tyre degradation at some tracks. 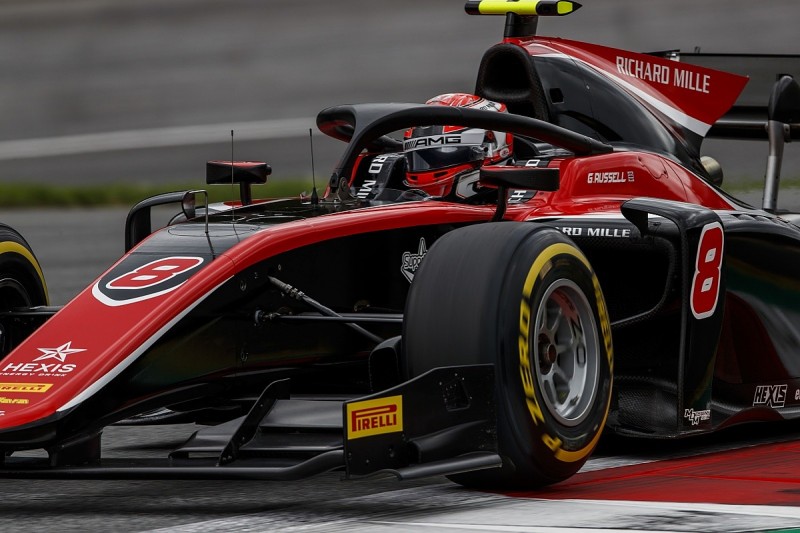 The major issue for the teams and drivers is that the cars are not laden with technology to help drivers manage the Pirellis.

"What some people don't understand from the outside is that in F2, it's extremely difficult to understand where the limit is with the tyres in the race situation," added Russell.

"You have no sensors on the car. In Formula 1 they have sensors and you can see from the slow motion cameras the condition the tyre is in.

"You might end a race with more in the tank [for those tyres], but you didn't know that 15 laps ago.

"You're always playing with fire in terms of how much you risk."