The FIA Formula 2 and Formula 3 series could be separated next season, with the two championships no longer appearing on the same Grand Prix weekends, Autosport understands

A plan that is currently being discussed to split the two series would mean that both series would run three races at each meeting at which they feature, instead of two, owing to the extra track time.

It is understood that a move to separate the series is being considered as teams prepare for another season that will inevitably be impacted by COVID-19, with driver budgets potentially suffering.

One potential financial benefit of splitting the championships would be that teams with entries in both could pool resources between their F2 and F3 operations, and run them with fewer people.

Nine of the 11 F2 teams also contest the F3 category.

By holding three races on each weekend both series would also visit fewer circuits during the season than they currently do, which would also contribute to cost savings.

The proposed schedule appears to support Chase Carey's recent assertion that the 2021 F1 calendar will be similar to the one originally planned for 2020, in that it suggests that there will be nine races in Europe. 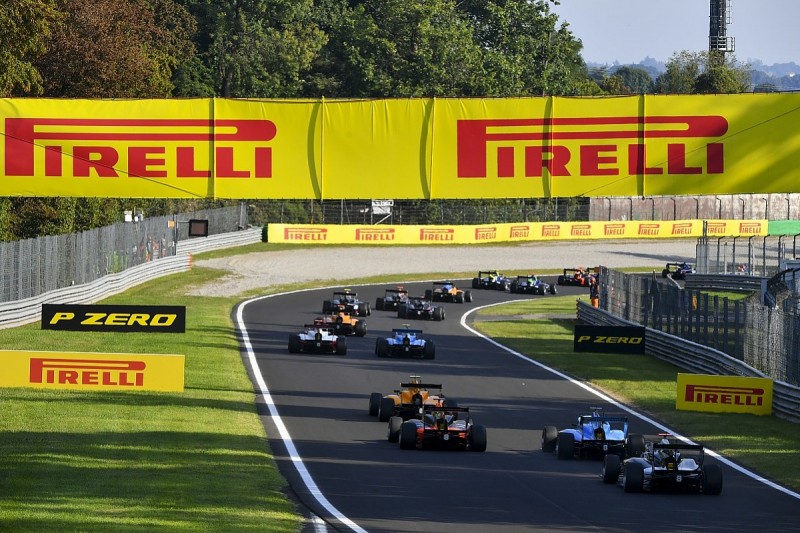 The provisional plan is that F2 will do eight race weekends instead of the current 12, with four in Europe and four flyaways, adding up to a total of 24 races - the same as 2020.

F3 would run on seven race weekends, with five in Europe and two flyaways, which are likely to be at the end of the season.

The third race of the weekend would then use the reverse grid format currently used by the F2 sprint, and the second F3 race.

When asked by Autosport about plans for next season an F2/F3 spokesperson said: "We are currently assessing costs cutting measures for 2021, but nothing has been decided yet.

"Should decisions be made, we will communicate them in due time."

Mugello F2: Vips quickest in practice by 0.089s from Ghiotto