Jack Doohan and Amaury Cordeel will drive for Virtuosi Racing for the 2023 FIA Formula 2 season, the team has confirmed.

Doohan returns for a second season with the team, having finished sixth in 2022 with three wins and six podiums in his debut year.

The Alpine Academy driver was the third highest-placed rookie of the season behind Logan Sargeant, who graduates to Formula 1 with Williams next season, and Ayumu Iwasa.

Doohan also made his F1 weekend debut in 2022, taking part in FP1 sessions for Alpine in Mexico and Abu Dhabi.

He said: “I’m thrilled to be continuing with Virtuosi Racing for my second year in Formula 2.

“After a strong first season together, I couldn’t be happier to be going into 2023 with the same great team around me. I can’t wait to get redemption from this season.”

Belgian driver Cordeel replaces Marino Sato at the team, joining from Van Amersfoort Racing. He made his F2 debut in 2022 and finished the season in 17th place with 26 points. 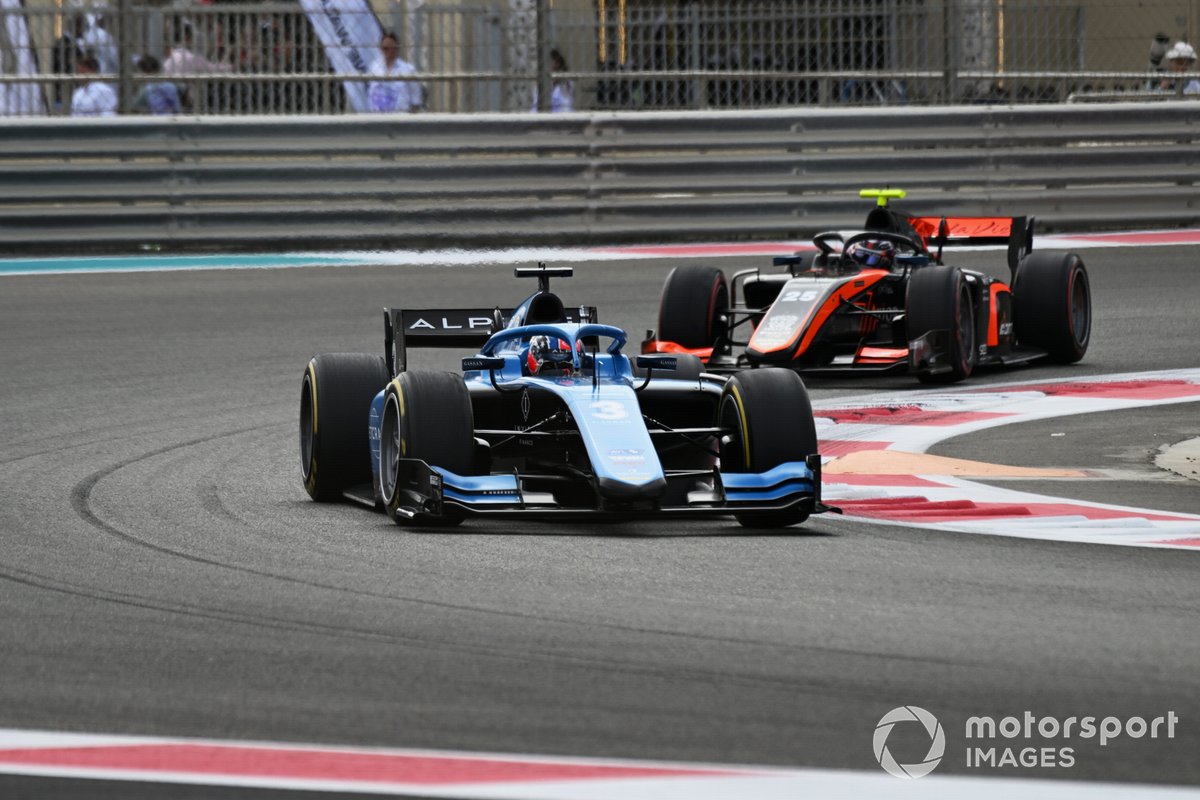 Cordeel said: “I’m very happy to say I will be driving with Virtuosi in F2 next year. It is clear that Virtuosi is among the top teams, which will only make my personal growth better.

“I've already noticed during the three-day test in Abu Dhabi that they support me insanely well.

“The second half of the 2022 season was very promising for next year and I am sure that together with Virtuosi I can achieve my future dreams.

“I'm really thankful for this opportunity."

Virtuosi finished seventh in the teams’ standings in 2022, having finished second in 2021 under their previous guise as UNI-Virtuosi.

Team boss Andy Roche said: “We’re delighted to be sticking with Jack for 2023. Jack enjoyed a brilliant rookie season with us and showed obvious potential for more.

“Together, we will be working hard to ensure he achieves that.”

He added: “Amaury's results improved over his rookie year and we’ll be looking to work with him to improve further in 2023.

“Amaury settled into our car well during the Abu Dhabi post-season test and we’re looking forward to getting to it in 2023.”

The news of Cordeel’s move came as Belgian media reported he had received a six-month driving ban for speeding.

National newspaper HLN said Cordeel was fined €3,600 and banned from driving for six months on Tuesday, having being caught speeding at 179 km/h in December 2020.