Fresh from securing his maiden F2 win in the 2020 season finale around the Bahrain outer loop circuit, the Indian driver jumped to the head of the times with 50 minutes to go on the opening day of the three-day test, before lowering his own benchmark with a 1m41.848s.

Ticktum, who is set to join the Carlin F2 line-up for 2021, slotted into second place on the timesheet late on just 0.106s off Daruvala's best lap time, to push Louis Deletraz into third place for MP Motorsport.

The day's testing action was delayed for over fours hours from its scheduled start time at the request of the Bahrain International Circuit, which needed "all the appropriate marshalling and safety support in place" before it permitted track action around the circuit's grand prix layout which was used for the penultimate round of this year's F2 campaign.

That meant the day's schedule was shuffled into a five-hour single session of track running that started at 1:30pm local time. 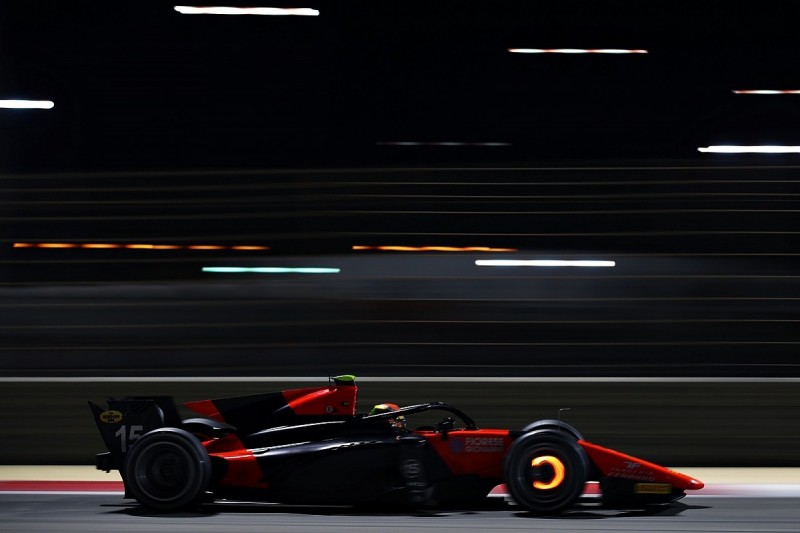 2020 F2 runner-up Callum Ilott claimed sixth place, who is only in action for the first day of the test for Charouz Racing System before handing over to David Beckmann with Guilherme Samaia stepping into the sister car, with the Ferrari Academy driver heading to Abu Dhabi to take part in next week's F1 young driver test for Alfa Romeo.

F2 will continue its post-season test in Bahrain on Wednesday and Thursday.