Leclerc won the 28-lap race by 8.8-seconds ahead of Arden's Norman Nato but there was consternation among observers and his Prema team when his car suddenly began to emit smoke just before he pitted on lap seven.

Leclerc had pulled out a 6s lead when the smoke, which had all the signs of a dramatic engine failure, appeared.

But Leclerc was able to keep going, making his stop and rejoining without losing time, as the oil quickly burned off.

"We got a small leak of oil coming out and the oil went into the exhaust and it burned," Prema boss Rene Rosin told Autosport.

"But after that the leaking came down.

"I was not looking at the car because I was looking in the pitlane to give the clearance to the guys [for the pitstop] and I didn't see the smoke.

"When I turned I just saw the guys from Mecachrome [F2 engine supplier] coming to me and saying 'your car is on fire'.

"Then I received a phone call from Laurent [Mekies, FIA safety director] in race control - 'Rene could you please check your car because it seems to have a problem'.

"After that it was a bit of a panic from my side to be fair because I didn't want to lose Charles like that.

"But in the end, everything was fine and he managed another great win."

Although the oil leak did not hamper his pace, Leclerc explained that it briefly convinced him there was a serious problem. 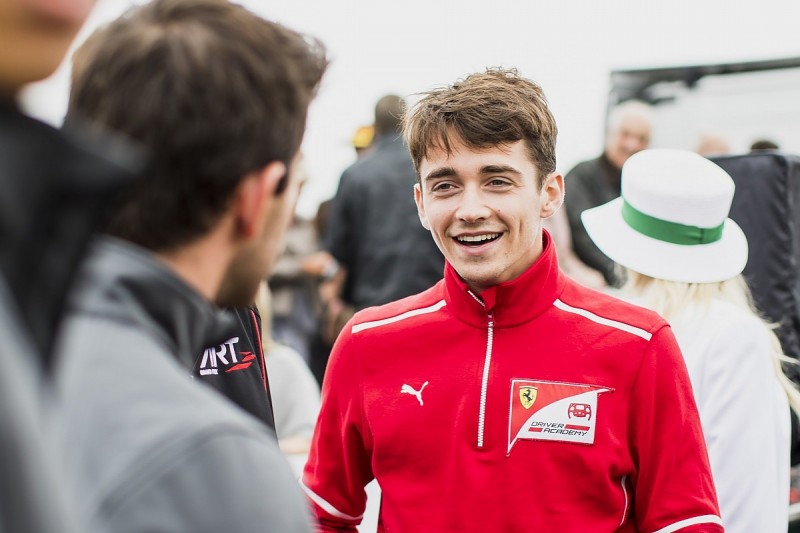 "I was that scared that I actually made up my mind that there was something, because I thought that I was losing power but actually I wasn't losing anything - we were quite quick," he said.

"[When] I saw the smoke, in these moments you panic a little bit, and you just try to hear every engine noise you possibly can.

"Then afterwards it was quite ok."

The oil issue was not the only mechanical malady to strike Leclerc on his way to his fifth win of his rookie F2 season.

After surviving a brief brake fire on the warm-up lap, with eight laps to go his left-hand wing mirror fell of, striking his car as it flew down the Hangar straight.

But Leclerc explained that it did not affect his run to the chequered flag.

"Because I wasn't looking in my mirrors at that point, I just saw something flying and thought it was a piece of wing or something," he said.

"Then probably four laps later I checked my mirrors and then I realised it was this piece that was missing.

"It didn't disturb me at all."