Manor driver Roberto Merhi intends to honour his deal to race for Pons in Formula Renault 3.5 alongside his Formula 1 commitments

Merhi was announced as Manor's second driver for at least the "opening rounds" of the 2015 F1 season this week, shortly after securing a return to FR3.5, where he was a title contender last year.

The Spaniard said that regardless of how long-term his Manor presence ultimately becomes, he thinks being a likely FR3.5 frontrunner alongside a potential tough F1 campaign will help him, and he is also keen not to let Pons Racing down.

Sebastian Vettel, Jaime Alguersuari and Daniel Ricciardo all maintained parallel FR3.5 programmes after getting mid-season F1 call-ups in 2006, '09 and '11 respectively.

"Maybe I will also [race in both] because Pons pushed really hard to have me in the car and to find the sponsors to give me a free drive with them this year and they were doing this since November," said Merhi.

"It will be really bad if I say to them 'I won't drive with you anymore'.

"They pushed really hard for it and I will try to continue with them.

"Obviously we cannot fight for wins [in F1] and if you're doing another championship with the philosophy of fighting for wins I think it makes you a better performer.

"When you're driving at the back you can be down. I think mentally it's better [to do both]."

The only clash between F1 and FR3.5 is when both series race in Monaco at the end of May. 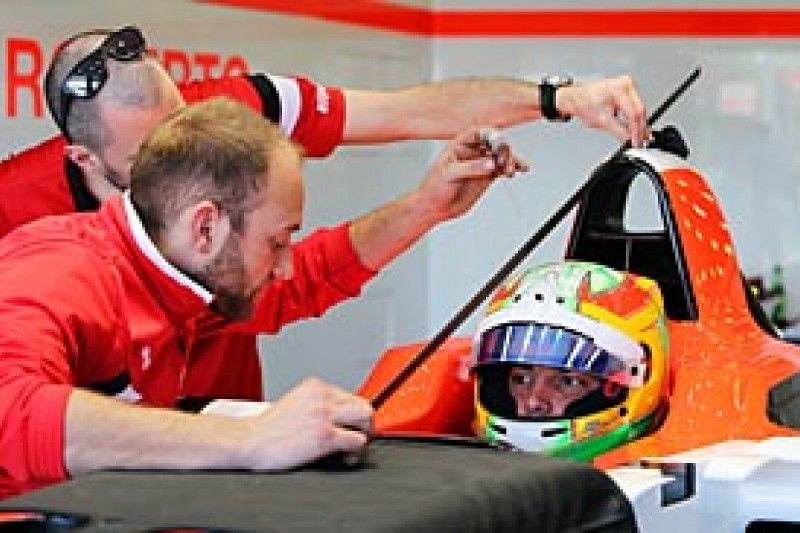 The 2011 European Formula 3 champion believes he is better placed to deal with joining F1 at the back of the grid following the experience of two tough years in the DTM with Mercedes in 2012-13.

"I've been doing this all my life, my goal was just to do Formula 1 and the day that it comes is now," Merhi said.

"After the bad experience I had in the DTM I was more mature and thinking more. I think I am fully prepared."

He expects Manor's interim 2014-based car to be "at least a second, maybe two" off the back of the F1 midfield and he admitted he will only be battling with team-mate Will Stevens.

"I think it will be like that because everybody else has new cars and everyone has improved their cars from last year," he said.