Alongside his F1 commitments, Spaniard Merhi has elected to participate in a concurrent FR3.5 campaign for Pons Racing this season.

The final pre-season FR3.5 test has acquired additional importance given the first race of the championship will also take place at Aragon on April 25-26.

Pons team manager Emilio de Villota Jr told AUTOSPORT: "Obviously it is going to be a big rush for Roberto, he will miss the beginning of the test and maybe the whole morning, but we expect Roberto can drive for at least a day-and-a-half. 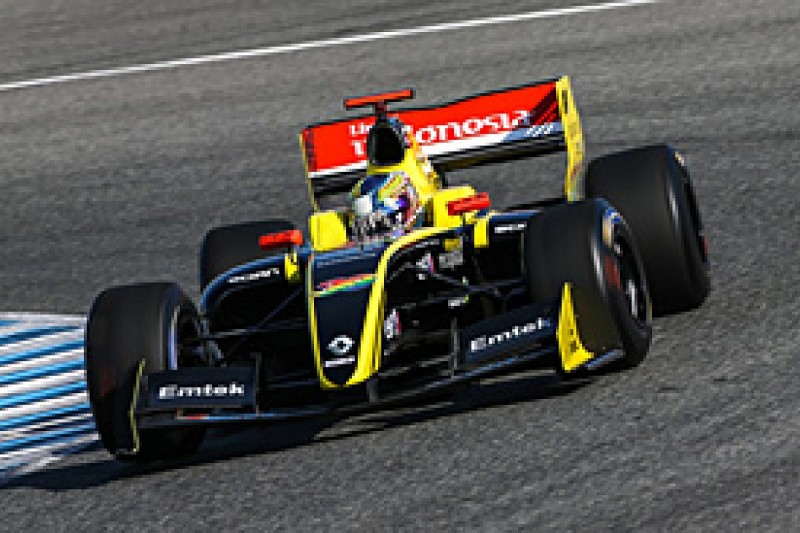 "We will have a car waiting for him to drive down to Motorland, which is two-and-a-half hours away.

"Even if Roberto misses the morning, it is still very valuable for us to have him there.

"Roberto is making a big effort to be there for us, so we need to take advantage of it.

"My fingers are crossed that he will make his F1 debut this weekend."

Pons has also confirmed that Indonesian rookie Philo Paz Patric Armand (pictured above) will complete the season in its second car.

Armand tested for Pons at Jerez earlier this month, and is a graduate of FR2.0, where he raced for Tech 1 Racing last year.

Comtec Racing
Yet to announce any drivers