Seven drivers go into this weekend's Barcelona Formula V8 3.5 decider with a championship chance, but long-time leader Tom Dillmann believes his hopes are slender without a change of form

AVF racer Dillmann's lead stood at 40 points with three meetings to go, but has since been eroded and he was usurped by Renault Formula 1 protege Louis Deletraz at Jerez last weekend.

"We've struggled for pace [in recent races], it is not a secret now," said Dillmann, whose win at a wet Hungaroring in April is his only 2016 victory.

"We were fast from the go in pre-season testing and that form continued until Budapest where we gave 0.6s to everyone in both qualifyings.

"At Spa, we did not dominate, but we were in the mix.

"After that, without any changes on the set-up or approach, we struggled."

Dillmann believes his drop in form comes from a broken component on the car, rather than any fault or lack of effort from his AVF team.

"It started in Paul Ricard, where [my team-mate] Alfonso [Celis Jr] was very close and even beat me in Q2," he said.

"The change in form was, for me, due to something wrong on the car, something broken as some new handling issues came in at Paul Ricard.

"We could never solve them, so after Jerez, the team changed everything; chassis, engine, gearbox, suspension, and more.

"From the first lap in free practice on Friday at Barcelona, everything seems normal again, and the timing screens show it." 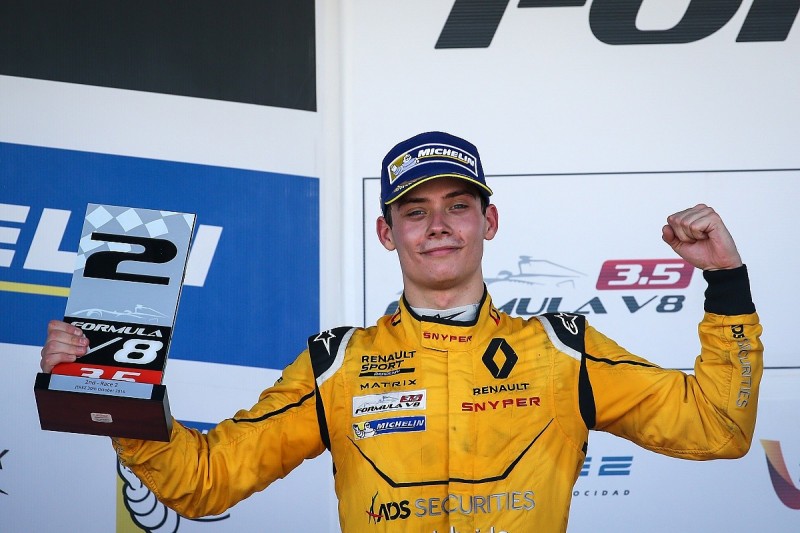 Fortec racer Deletraz carries momentum in the title battle but is aware a three-point lead allows scant opportunity to play the percentages.

"I try not to think about the championship," said Deletraz. "I just want to be fast, get pole position and win the race.

"Or be around the front, in the top three, and then just keep calm - that's how to win the championship.

"Entering Monza two rounds ago, I had a 40-point deficit to Dillmann. Now I am in the lead, so a big part of the job has been done, but it is not over."

Two podiums at Jerez brought Matthieu Vaxiviere up to third in the standings with new team SMP Racing.

"For the championship we are coming back, because we are growing up as a team," said Vaxiviere.

Vaxiviere noted that the former Formula Renault 3.5 series has had a habit of controversial title deciders in Barcelona finales.

"There have been some great finals in Barcelona, such as [Robert] Wickens versus [Jean-Eric] Vergne, [Jules] Bianchi against [Robin] Frijns," said Vaxiviere.

"Those ended in contact, and at the first corner at Barcelona you never know what can happen."

Four-time winner Egor Orudzhev tops the 2016 victory rankings but goes into the decider only sixth in the championship.

"I will be happy if I am twice on the podium in Barcelona, just to end on a high note, but I am not going to look at the championship situation," said the Russian. 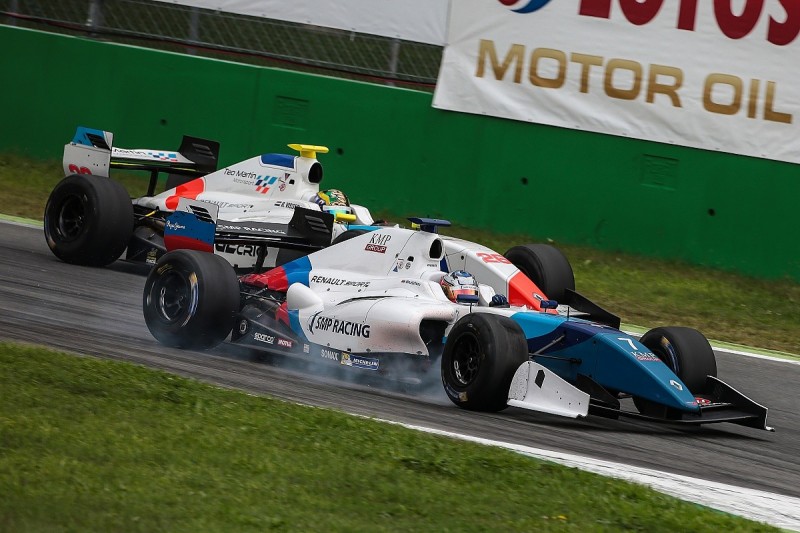