The sale means this weekend's FR3.5 season finale at Jerez is likely to be the last appearance in the category for the Italian team, which helped launch the careers of several Formula 1 drivers including Rubens Barrichello, Felipe Massa and Pastor Maldonado.

Founded by Adriano and Nadia Morini in 1989, Draco was acquired by Brazilian Guto Negrao when his son Andre competed for the team in 2011.

Ex-GP2 racer Negaro rejoined the team at Le Mans last month, after Draco parted with drivers Bruno Bonafacio and Pietro Fantin, and will represent the team again at Jerez.

Former racer Paulo Carcasci, who has been involved in driver management and consultancy work for Guto Negrao, told Autosport: "Draco has sold all of the equipment to Amato Ferrari from AF Corse.

"As far as I know Amato would like to continue with the same personnel, but he did not buy the Draco name.

"Draco rented a workshop in Seriate, a town near Bergamo for the past four years, and Amato is setting up a new outfit in Lugano, Switzerland."

Draco team manager Simone Giglio confirmed that the existing Draco personnel would run the cars for the post-season Jerez test, but beyond that could not speak for Ferrari's intentions.

"For the moment the actual staff will be in charge to run the cars during the test of Jerez but I really don't know if there will be the possibility to maintain the same working group in 2016," said Giglio.

"I really hope we can maintain the same group for the future, but I cannot say anything more because Mr. Ferrari will arrive here on Monday afternoon and then there will be meetings." 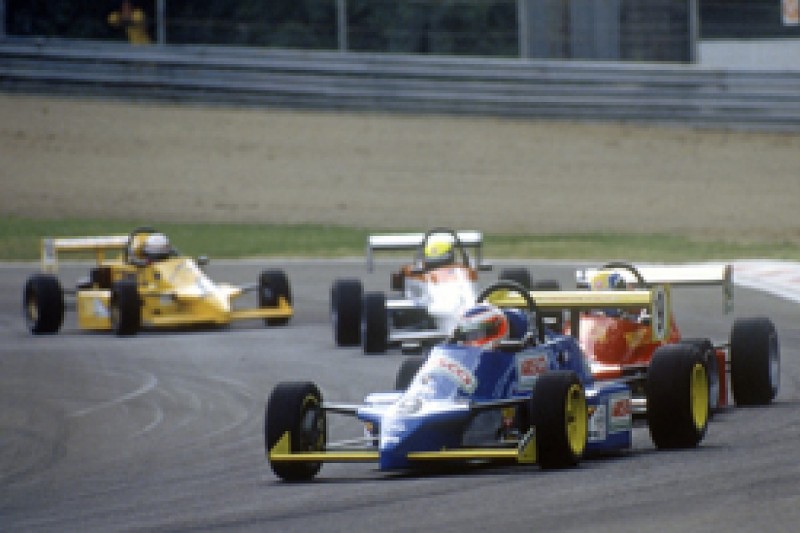 Draco has been a constant presence in FR3.5 since the series' inception in 2005 and ran Bertrand Baguette to the 2009 drivers' title, and was known to have been up for sale for some time.

REMEMBER WHEN...
... Brazilian youngster Rubens Barrichello burst onto the European scene with Draco?

Draco parts with both of its drivers in Formula Renault 3.5