The British driver is likely to miss out on graduating to F1 after a difficult GP2 campaign in which he has won twice but lies ninth in the points with one round remaining.

With Williams lining up European Formula 3 champion Lance Stroll to replace Felipe Massa and Valtteri Bottas set to stay on, Lynn - who has already ruled out a third season in GP2 - is exploring alternatives.

Having missed out on a Jaguar Formula E seat to Mitch Evans, Lynn will complete the World Endurance Championship season as part of Manor's LMP2 driver line-up.

He currently drives for Jean-Paul Driot's DAMS team in GP2 and the Frenchman hinted he could be part of his FE team's driver line-up in the future.

Driot, Renault e.dams senior team manager, told Autosport: "I have been discussing [options] with him. We're waiting to know his 2017 programme."

Asked if Lynn's role would comprise test and development duties for the team, Driot replied: "To start with."

Lynn's Jaguar test was his first experience of a Formula E car and his performance impressed several teams in the paddock.

He told Autosport it had also increased his interest in the electric single-seater series.

"It's a great championship and it's obviously going places," he said.

"It's going one way and that's a big lure - it's definitely on my radar."

Lynn would be in contention to join the line-up as early as this season if Buemi misses the New York double-header.

But Driot said he was not making contingency plans for that round because he expected a solution to be found. 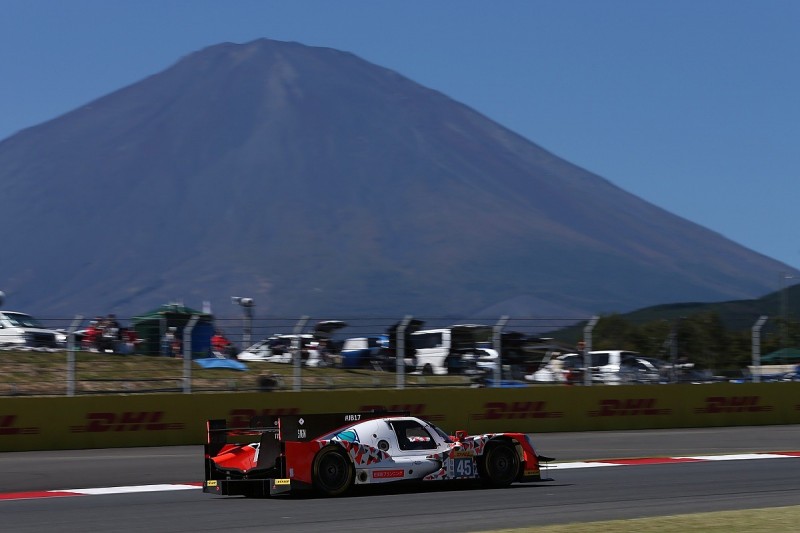 Lynn made his LMP2 debut in Japan last weekend, driving alongside Tor Graves and Shinji Nakano in the second Manor ORECA.

The trio finished 33 laps down after a starter motor problem, but Lynn set the fastest LMP2 race lap and said he enjoyed the experience after avoiding setting expectations.

"I wasn't expecting a result but I went there wanting to do a good job personally," he said.

"For my first sportscar race I was really happy and hopefully for Shanghai and Bahrain we can get the car problems sorted."

The 23-year-old, whose management team includes ex-Toyota LMP1 ace Alexander Wurz, said a full programme in the WEC was also something he was keen on.

"I thought it was important to get some sportscar experience for my career choices for next year," he added.

"GTE Pro and LMP1 are definitely what I'd be interested in. The manufacturers racing in those classes are very exciting."