Filippi had "low expectations" for last weekend's ABB FIA FE race after his drivers started 11th and 14th - with Frijns ahead - at a track where passing is notoriously difficult.

But they were able to rise up the order, with Bird making particular progress as he climbed as high as sixth.

Frijns was then eliminated in a clash with Alexander Sims as they fought over ninth place with just over three minutes of the race remaining, and was awarded a five-place grid penalty for Berlin after he was deemed to have caused the incident.

Bird stopped on the last lap after picking up a puncture in an incident with Mitch Evans on the penultimate tour.

"It's Monaco and people say that you cannot overtake," Filippi told Autosport.

"But I never accept that, even at the hardest tracks you can always overtake in Formula E if you really want to, you have the pace and you are prepared to do it.

"I said to the guys before the race to try and get some points, that's all we could hope for.

"And then the race was unbelievable. Sam's move from P14 to P6 was just unbelievable. All these overtakes in a space of just a few laps was magical.

"[So], we went from not hoping for much to thinking that we could get some real points here. And Robin was the same, he was in P9 at one point, so that was really, really good.

"And then Robin's accident - what can you say? We are looking at it, but it was just racing. Maybe too greedy, or whatever, but I need to look into it more.

"And on the video it looks like Sam has been tapped by Evans from behind and that led to a puncture.

"That was really heartbreaking - tough to take. The points from P6 would have been really good, especially after the work he has put in.

"It would have been easier to digest if he had started P12 and finished P12, given that it is Monaco.

"But going up to P6 and then out of the points was pretty hard on the team, but it's fine. We get depressed for half-an-hour and then had our debrief and [now] we are fine."

Bird said the race was "one of the best Formula E races of my career".

"[I made] some great overtakes, strong race pace, as well as battery management," he added. "It's so frustrating it ended up the way it did."

When asked for his assessment of his performance in Monaco, Frijns told Autosport that he "didn't really feel confident in the car".

"I didn't feel strong from the start," he continued.

"I was behind Lucas [di Grassi] and I just didn't really feel quick. I was struggling with certain things - it was not my race." 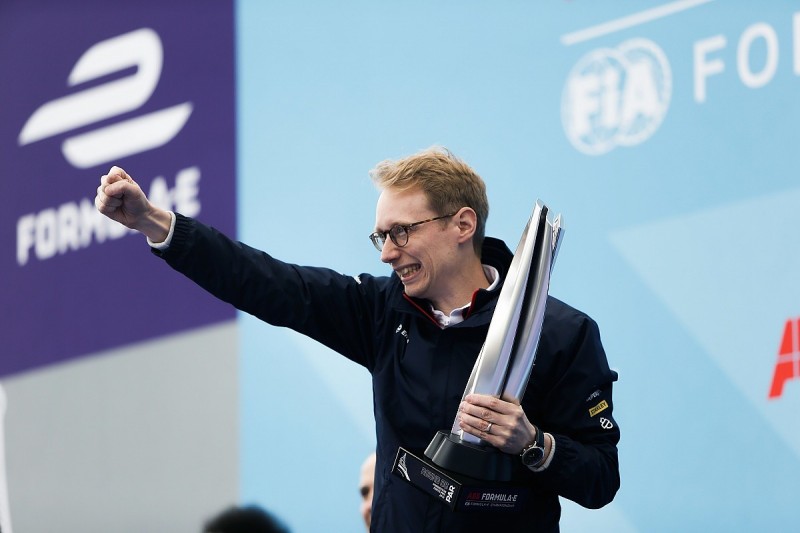