Jean-Eric Vergne and Sam Bird have called on Formula E and the FIA to move the start line of the Rome E-Prix “karting track” to eliminate “unnecessary” and “inevitable” crashes.

Vergne and Jake Dennis emerged uninjured from a large shunt after the end of the opening free practice session caused when Oliver Turvey rounded Turn 6 and hit their stationary cars as they waited to make a practice start.

Turvey had six penalty points added to his race licence and missed the race due to a full car rebuild, but race winner Vergne and second-placed Bird have called for changes to the layout ahead of the Sunday round, with the two-time FE champion calling a crash “inevitable” due to the width of the track.

Vergne said: “Sometimes the start is not in the in the right position.

“We knew from the beginning that there was going to be a crash. I know that tomorrow there will be a crash as well if we don't start under the safety car, it's inevitable.

“You have 24 cars in the corner that is not even six metres or seven metres wide. It's the same as a karting track.

“You cannot ask us to be racing and to look clean for the fans because that's impossible in this corner.”

Bird reckoned the race start, which takes place halfway around the 15-corner circuit on the run to Turn 7, should be relocated to the end of the lap.

The points leader said: “We know at the end of free practice that there is always the possibility that people are going to want to do practice starts.

“That area is given to those people and normally everybody takes it up. I'm really unsure on what happened today. 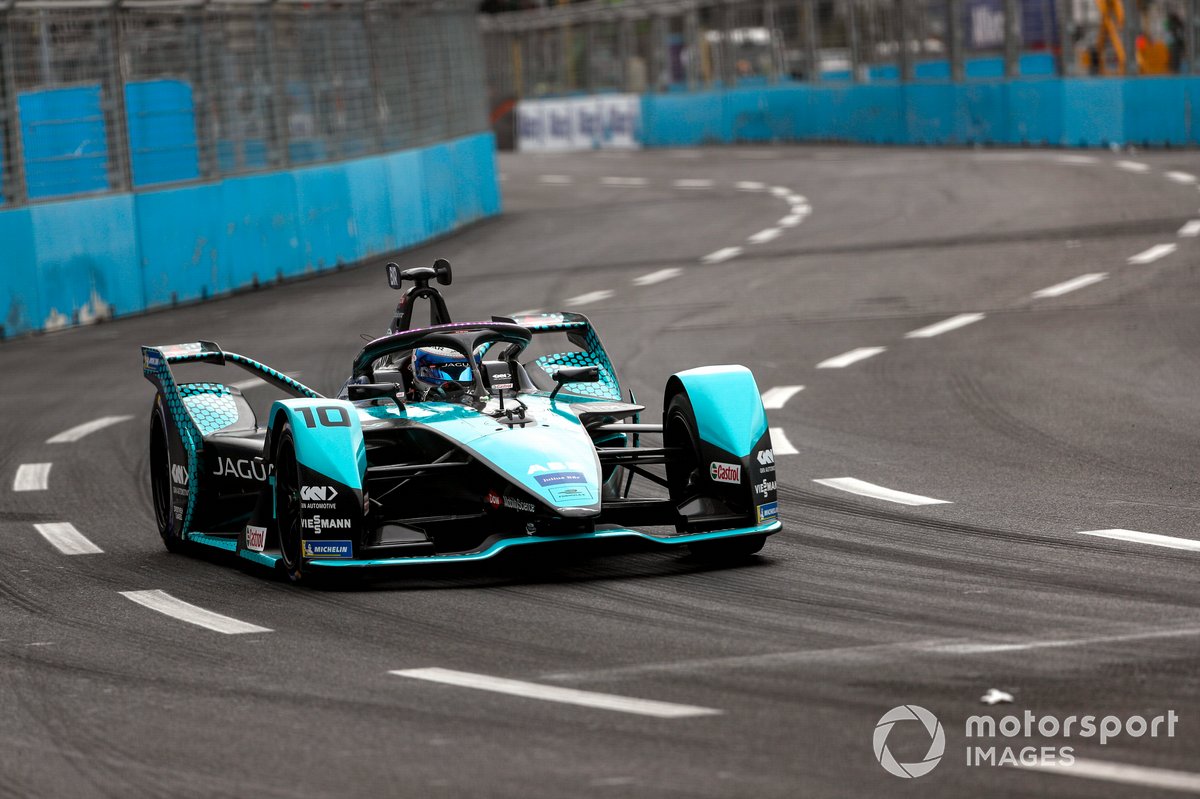 “If I were to change anything, I'd actually change where the race start is held.

“I'd hold the race start between Turn 14 and Turn 15. That's my opinion. It gives us a much better opportunity of getting through a corner.

“The Turn 7 area for the race start, it's too easy for people to get together and have an unnecessary accident.

“It's on a blind, fast high-speed corner. It's a bit strange.”

Lucas di Grassi supported his fellow drivers, telling Autosport there “are probably two or three points which are much better to have startline”.

“They can comment on it however they want. It is decided. We are all professional.”

An FIA spokesperson told Autosport: “This morning was a driver’s mistake.

“Apart from waving yellow flags to remind them again [of the practice start procedure] there won’t be any change tomorrow.”