Jake Dennis converted his maiden Formula E pole position into a first championship win in the second Valencia E-Prix as a penalty and collision quashed the threat from second place.

The BMW Andretti driver led from lights to flag against expectation and remained in total control at the Circuit Ricardo Tormo in a race that showcased the need to manage energy.

At a permanent track where holding first place was seen as a disadvantage while others could chase in the slipstream and pass late on, Dennis controlled the race to win by 1.5 seconds.

He led the race slowly off the line as the entire grid fell into an early procession to preserve energy for an expected late sprint finish and kept early chaser Alex Lynn four tenths behind.

Lynn looked good for the win as he stuck to the rear of Dennis’s car but when he activated attack mode he fell behind fourth-place starter Oliver Turvey as Dennis remained in first.

Dennis did not sprint away to preserve energy, meaning that when Turvey ran out of his higher power attack mode boost, Lynn was able to close back up.

But the Mahindra Racing driver was then punted from the chasing Norman Nato into the tight Turn 9 and that knocked Lynn’s car sideways and onto the gravel where he slipped to ninth.

Venturi Racing driver Nato would then be handed a five-second time penalty meaning his second place across the line became an eventual fifth.

That gave Dennis breathing space in the lead and he then slowed the pace further to allow the race timer to tick down to zero, leaving only a one-lap flat-out sprint to the flag. 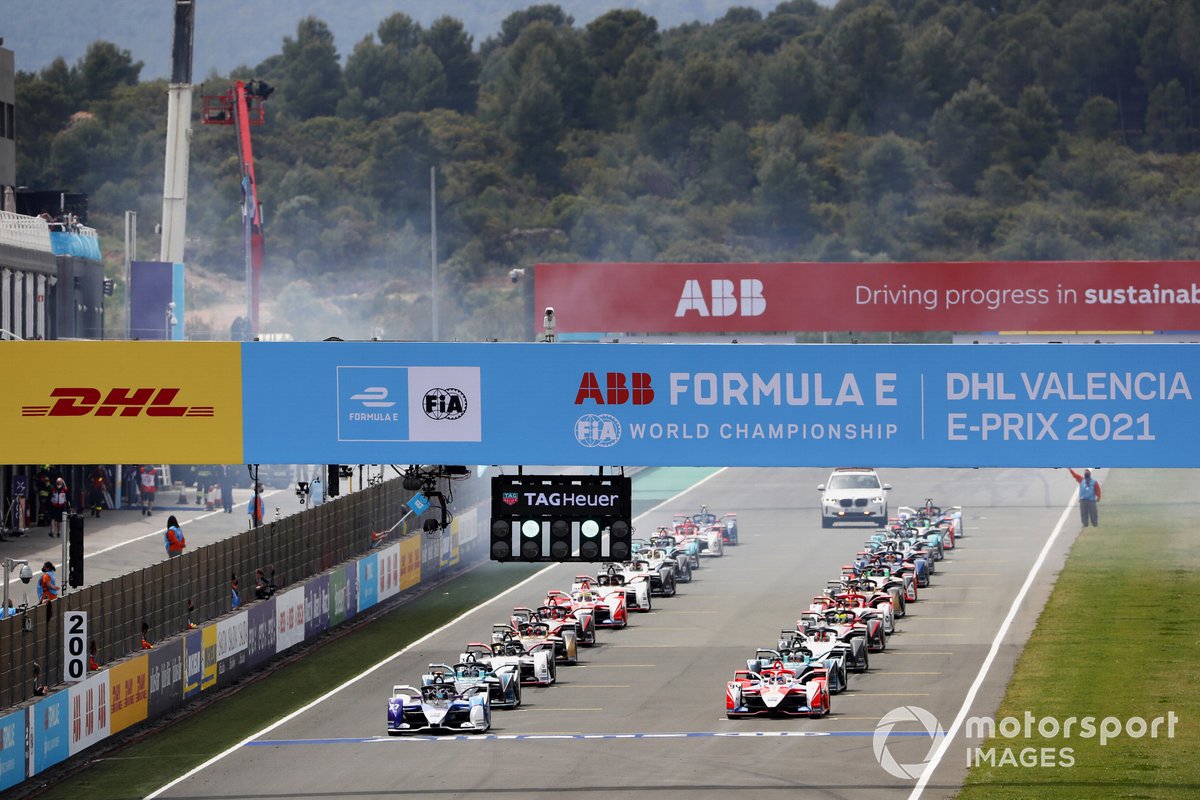 That reprimand for Nato handed Andre Lotterer the final spot on the podium for Porsche as Lynn managed to recover to fourth on the road and third in the amended results.

Audi driver Rene Rast bucked the trend by activating his second attack mode very early on and that allowed the driver who started in 14th to run in contention for a surprise podium.

Two-time champion Jean-Eric Vergne converted his seventh in qualifying to the same result in the race for DS Techeetah as NIO 333 charger Turvey dropped to an eventual eighth.

The second Venturi machine of Edoardo Mortara ran to ninth as Lucas di Grassi deployed his fanboost late on to record a double overtake into Turn 1 and complete the top 10.

Dennis’ team-mate Maximilian Guenther recovered from last on the grid, after his qualifying lap time was deleted, up to 12th ahead of Nick Cassidy – also recovering after his time was thrown out as well.

Defending champion Antonio Felix da Costa suffered a technical fault that meant he could not activate his attack mode, which then earned him a drivethrough penalty.

He finished 22nd ahead of Alexander Sims, the Mahindra Racing driver also taking an early trip through the pitlane after the team overcooled the car’s battery on the grid.

The only retirement was for Mercedes racer Stoffel Vandoorne, who was squeezed into an inside tyre wall in a dice with Nissan e.dams driver Sebastien Buemi in the fight for 11th.