Tincknell drove for the team at FE's inaugural rookie test in January and also took part in a in a private pre-season test at the Calafat circuit last year with NIO.

NIO has utilised a driver in the loop simulator at its Oxford base since the second FE season and it recently formed a 'Vehicle Performance Group' that will develop its simulator technology.

"I'm really delighted to extend my relationship with NIO driving the simulator this year," said Tincknell.

"I immediately felt at home with the team during pre-season testing and the rookie test in Marrakech, so to be working closely to help develop the car while at the same time gaining more experience with the unique techniques required to be fast in Formula E is the perfect scenario for me.

"It's fantastic to see the team scoring strong results on track this season and I'm really grateful that everything came together to make this deal happen alongside my existing sportscar commitments." 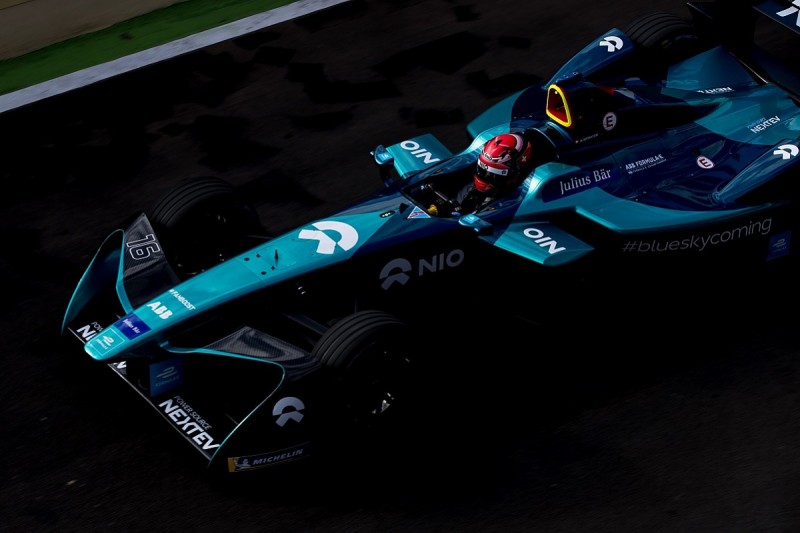 NIO team boss Gerry Hughes explained that the deal would cement Tincknell's place within the squad and hopes it will help to boost his team's performances on track.

"It gives me great to pleasure to welcome Harry to the NIO Formula E Team in the capacity of driver in the loop simulator development driver," he said.

"Whilst we have worked with Harry for some time now, this has always been very much on an ad-hoc basis, whereas this arrangement gives our working relationship real structure as we continue to develop as an organisation.

"I wish Harry all of the best in his new role here at NIO and certainly our race drivers will be eager to witness the fruits of his labour in terms of the role that he will undertake in the overall DIL sim development programme."

NIO is currently eighth in the 2017/18 FE teams' standings, with Oliver Turvey scoring its best finish of the season with second place at previous round in Mexico last month.