Switzerland in line for slot on 2015/16 Formula E calendar

An organising body called Swiss ePrix Lugano has been set up with the intention of bringing the all-electric championship to the lakeside city in the south of the country.

At last year's London finale, it claims Lugano mayor Marco Borradori agreed an exclusive deal with Formula E CEO Alejandro Agag for the city to host the Swiss round of the series.

A spokesperson for Swiss ePrix Lugano told AUTOSPORT the event would "be an option for the second Formula E season, too, if local organisers meet all conditions required by Formula E Holdings".

AUTOSPORT understands this will result in a round on May 7, 2016, if the organiser - which claims to have secured a three-year deal with the series with the option of an additional three - can raise €10million from local partners to fund the event by September 30.

Trulli Formula E team founders Jarno Trulli and Lucio Cavuto were present at a gala event in aid of the project in July, with the Lugano-based ex-Formula 1 driver believed to be a key partner to the event.

Alberto Longo - deputy CEO and managing director of Formula E - has visited Lugano to begin a feasibility study, while the event has picked up the support of Federal councillor Doris Leuthard, head of the Swiss Federal Department for Environment, Transport, Energy and Communications.

Motor racing had been banned in Switzerland since the 1955 Le Mans disaster in which a number of spectators were killed, until a relaxation in its law earlier this year.

Sebastien Buemi told AUTOSPORT the prospect of a home Formula E race excited him and would be massive for the country. 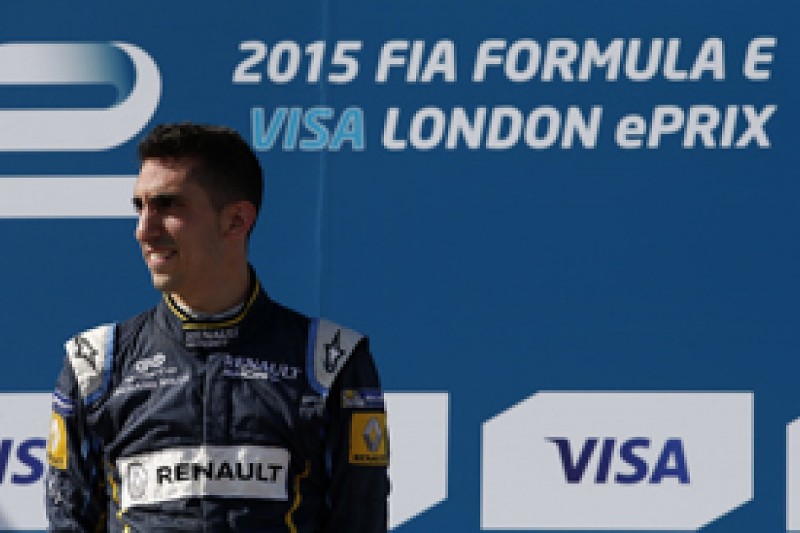 "We never had any races or circuits of any kind," he said. "The day Formula E would come into Switzerland it would be a huge thing for Swiss people.

"We still had some great drivers with Jo Siffert, Clay Regazzoni and Marc Surer in Formula 1 and we have a lot of people interested in motorsport.

"Clearly it would be a great thing to have a race. If they put it into season two I don't know how they're going to manage it in the calendar, so let's wait and see.

"I'm really hoping to finally see it on the calendar and that would be something huge for me, my family, my friends and Swiss people in general."

A May 7 date would place the Swiss event between the French and German rounds of the championship, making it the ninth of 11 events.