The Swiss driver is obliged to be present for Toyota's LMP1 programme launch on Friday March 31 but is allowed to miss the Monza test that follows that weekend to compete in Mexico on Saturday for the Renault e.dams team.

Buemi will arrive in Mexico City early on race day morning, which means he will have to sign on late and miss the drivers' briefing and Friday's shakedown, but he will be able to take part in practice barring any delays.

He told Autosport: "Toyota don't want to block me if there is a solution - it's a normal test day and not a must to be there.

"It's not easy because I'm going land at 4am on Saturday but I have the opportunity to do the race and maybe not lose the championship."

Autosport understands the series and the FIA are sympathetic to the situation caused by the ongoing WEC clashes, and Buemi just needs to formally clear his late Mexico arrival with motorsport's governing body.

Though he admitted the overnight flight was "not optimal" for his Mexico City preparations, Buemi said: "I'm not going to find excuses if it doesn't go well.

"In Argentina and Mexico last year I arrived last minute and I was on the podium, it's not impossible." 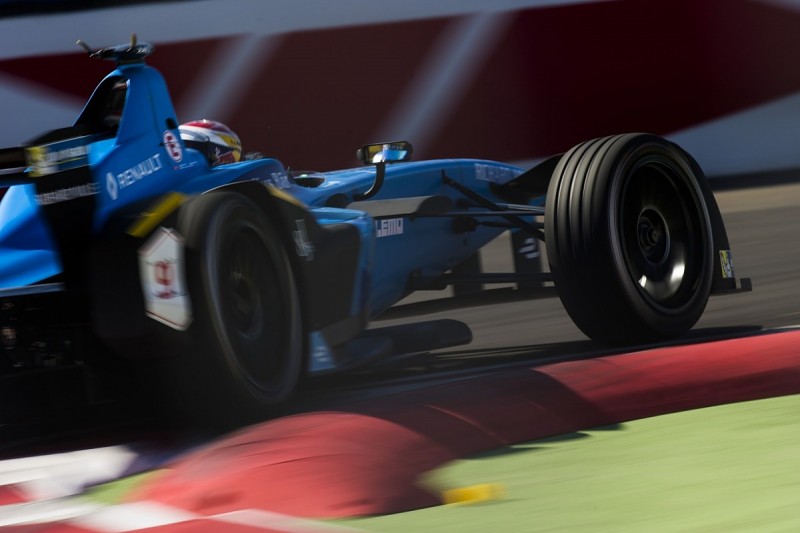 Buemi is currently due to miss the New York double-header because his Toyota LMP1 commitments at the clashing Nurburgring WEC round take priority.

He added he had not lost hope that could be avoided.

"I know at the moment the FIA is pushing very hard to make no clash in New York and I would expect the FIA to find a solution," he said.

"In all honesty I struggle to understand how we can't find a way to avoid clashes - it's a total of 20 weekends we have to fit in 48 or 49 weeks.

"If they don't, hopefully if I concentrate maybe by the time I get to New York we can have the opportunity to fight for the title still."

Buemi's Renault e.dams team-mate Nicolas Prost has a WEC LMP2 programme with the Rebellion team but he is believed to be travelling to Mexico on a normal schedule.

Ferrari GT driver Sam Bird is understood to be clear to compete in Mexico for DS Virgin Racing.

If Lopez and Venturi FE driver Stephane Sarrazin are part of Toyota's plans they will also have to attend the Friday launch before making the overnight flight to Mexico.