The outbreak of the coronavirus in China has prompted the country's motor racing federation to cancel a rally, but its Formula E race is currently unaffected

China is currently at the centre of a worldwide health scare following the outbreak of a new strain of coronavirus that has left 17 people dead.

The centre of the outbreak, the city of Wuhan, is currently on lockdown with officials having shut down its transport network to try to limit the virus spreading.

Part of the efforts to stop the outbreak growing appears to be in preventing large gatherings, with sporting events now under the spotlight.

On Thursday, the Federation of Automobile and Motorcycle Sports of People's Republic of China (CAMF) issued a statement that a winter rally planned for February 12-14 will now not take place under wider instructions about sporting events.

The statement said: "As part of efforts to prevent and control the outbreak of a new type of coronavirus, in accordance with the instruction from the General Administration of Sport 'On Suspending All Sports Competitions Until April,' the organizing committee has decided to temporarily cancel a car rally in Changbaishan, scheduled for February 12-14."

The suggestion of a blanket sports ban until April caused some alarm because there had been no official statement on that matter - and shortly afterwards the CAMF declaration was deleted.

FE is due to hold its Chinese round of the championship in Sanya on March 21, so could fall foul of any action that ran until April. 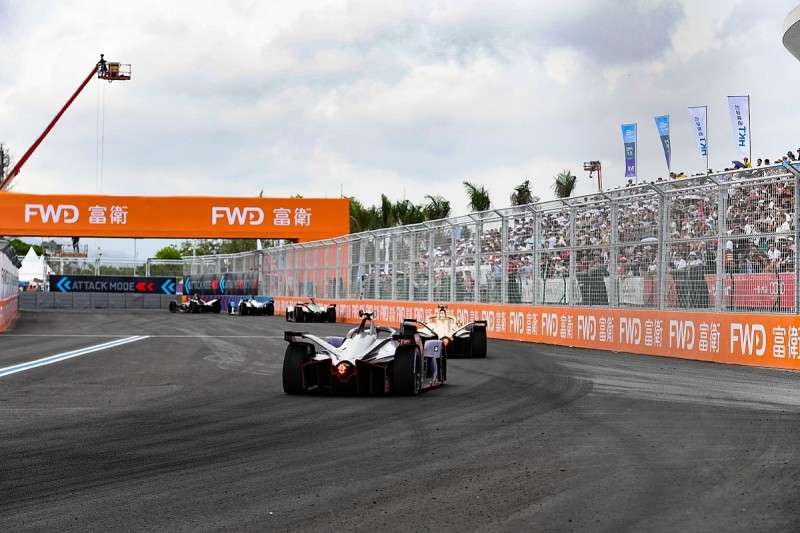 However, FE chiefs have clarified the situation with CAMF and, while continuing to monitor the situation in China, are pressing on as though the event is taking place as usual.

An FE spokesman told Autosport: "As it stands, the race in Sanya on March 21 is still scheduled to go ahead as planned.

"The uncertainty stemmed from an incorrect statement issued locally in China, which published wrong and misleading information and has since been removed.

"Nevertheless, given the current health concerns, we are continuing to closely monitor the situation as it develops on a daily basis.

"We have requested that our regional partner works together with the local motorsport federation, to liaise with the relevant authorities in Hainan province to further analyse and assess the situation and provide recommendations on preparations for the race."

Sanya's geographical location - being an island to the south of China - means it could well escape any restrictions that may remain in place on the mainland depending how the virus situation develops.

The Chinese Formula 1 Grand Prix is not due to take place until April 19, so it is far too early for any decision on potential disruption to that event - especially with the long term situation surrounding the virus unclear.

Shanghai is a major transport hub in China, and is 800km east of Wuhan.

The signs that point to another season of electric chaos