The car for the world's first driverless racing series, Roborace, has been revealed

The design has largely stayed true to the initial concept that was released last April.

The Robocar, which weighs 975kg, has four 300kW motors and Roborace claims it will be capable of speeds of almost 200mph.

Its DevBot mule has been averaging over 100mph on demonstration runs, with an average of 115mph in Buenos Aires, where the project was running in support of its partner series Formula E earlier this month.

"This is a huge moment for Roborace as we share the Robocar with the world and take another big step in advancing driverless electric technology," said Sverdlov.

"I am so proud of the entire team and our partners and particularly the work Daniel has done creating this beautiful machine.

"It was very important for us that we created an emotional connection to driverless cars and bring humans and robots closer together to define our future.

"The progress with Devbot on track and building the Robocar in less than a year has been extraordinary and we cannot wait to continue the journey of learning with the Robocar."

Sverdlov reiterated the desire of the series was to help prove autonomous vehicles were a safe and legitimate option for everyday use on the road. 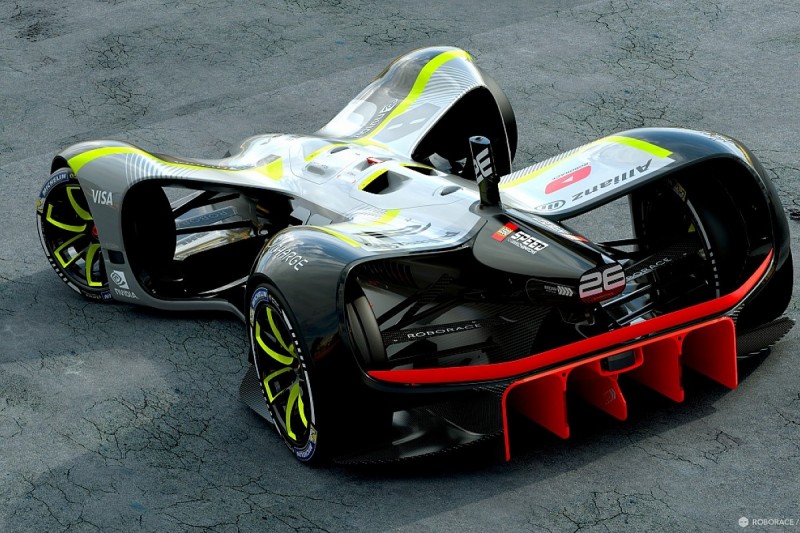 Simon, whose design history includes working on the visuals for major films like Tron Legacy and Oblivion, said the series "opens a new dimension" for motorsport to meet artificial intelligence.

"Whilst pushing the boundaries of engineering, we styled every single part of the Robocar," Simon added.

"We take special pride in revealing a functional machine that stays true to the initial concept shared, a rarity in automotive design and a testament of our determination.

"It's a great feeling to set this free."

Each Roborace team will use the same base Robocar when the series finally starts, with the emphasis placed on software.

The series will rely on Formula E supplier Michelin for its tyres, while another Formula E partner, electric truck company Charge, is providing electronics and motors for the Robocar.

Roborace hit a milestone in Buenos Aires last week when it put two versions of DevBot on track at the same time, although the Saturday 'race' was overshadowed by a crash for one of the cars.

There is still no firm target for when the first race will take place, only a reiteration that it will run as part of the Formula E package and the claim that two Robocars will appear on track together later this year. 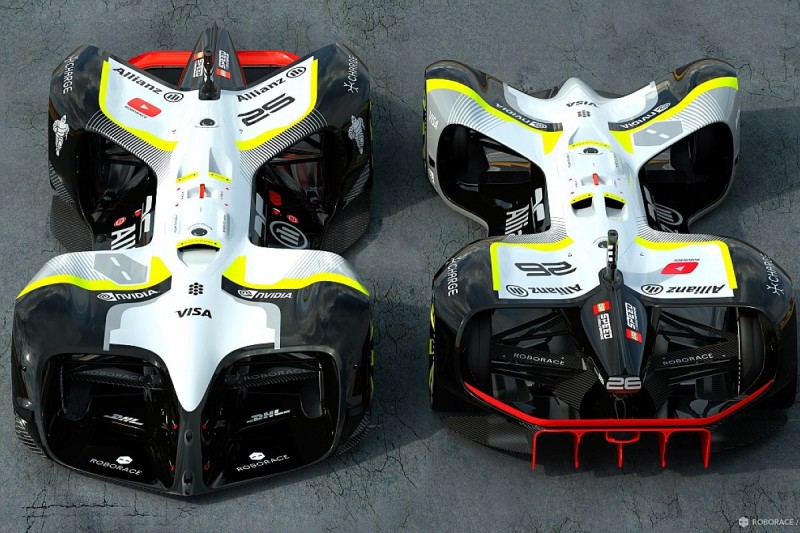