The Renault e.dams squad must win a race before the end of Formula E's 2017/18 season to get back "where it should have been", says team boss Jean-Paul Driot

The squad claimed 15 victories and all of the teams' championship titles in the first three Formula E seasons, but is without a win and is sixth in the standings of the current campaign.

Renault's current winless streak started at the end of season three, when it failed to secure a podium finish in the final four races. That also resulted in Sebastien Buemi losing his drivers' championship points lead to Lucas di Grassi during the same period.

Driot has suggested that the team lost momentum at the end of that campaign, which has hampered its form this year, and is aiming for the reverse effect heading into the 2018/19 campaign.

Renault will be replaced by its alliance partner Nissan in the e.dams entry from season five.

"I've always done motor racing in order to win races - I never showed off when we are winning because I know too well that motor racing is motor racing," Driot told Autosport.

"One day you are on the top and two weeks later you have big problems.

"The only thing that's important for me is to win a race before the end of the season - that will mean that my team is back to where it should have been. This is all I want.

"The momentum going from season three to season four is exactly the reverse, which [is what] happened to us.

"We have to revert it into positive momentum in order to start season five in a good way."

Renault customer team Techeetah holds a 44-point lead over Audi as it tries to become only the second outfit to secure an FE teams' title, and is currently leading the season four drivers' championship with Jean-Eric Vergne. 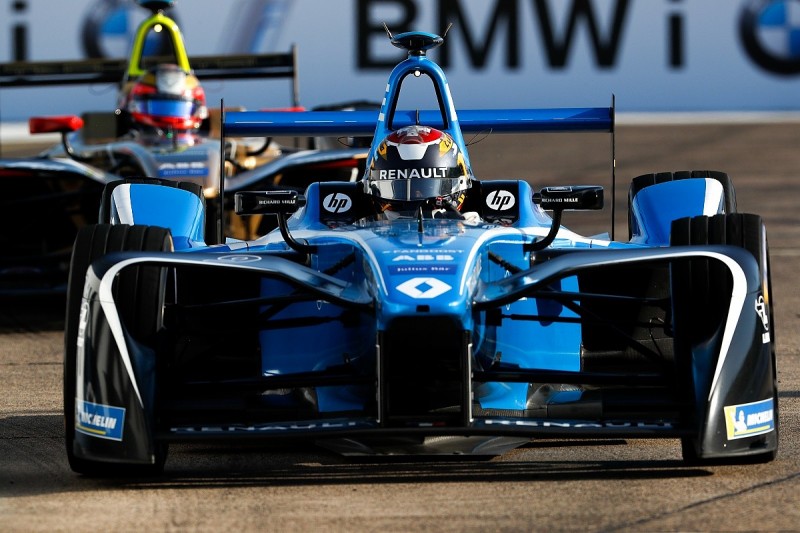 Although that result made it four FE races since Renault's last podium appearance - Buemi finished third in Mexico City - Driot was pleased with the pace his driver showed during the event.

"[What was] very positive is that we were fighting with Techeetah - OK, they finished third and we finished fourth, but at least we battled together during the full race," he said.

It means that we are recovering and I just hope that the mental questions, which are not asked but coming by themselves because of the lack of results - [for] engineers and drivers - are getting [pushed] back.

"I'm quite positive over [the Berlin] race even if we are just finishing fourth."