Rast has a deal for the final six races of the 2019-20 season - all at the Tempelhof Airport venue in Berlin - to replace Daniel Abt, who was sacked by Audi but has since been signed as a temporary replacement for Ma Qinghua at NIO 333.

The 33-year-old German will eventually complete two days of testing aboard the Audi e-tron FE06 alongside team-mate Lucas di Grassi at the Lausitzring.

His first run in the car came on Wednesday, focusing on adapting back to single-seaters and data analysis.

PLUS: Why Audi's newest FE driver is almost a risk-free bet

A second outing on Friday was split into tyre and energy management sessions, plus qualifying runs.

"It was a very steep learning curve - I have never been in a new Gen2 Formula E car before," Rast said during a press conference with select media, including Autosport.

"There's still a lot of potential and many things for me to get my head into and to extract more.

"[On Wednesday] I went to my laptop, really analysing every little detail of my driving, and really try to get my driving as close to Lucas's driving style. 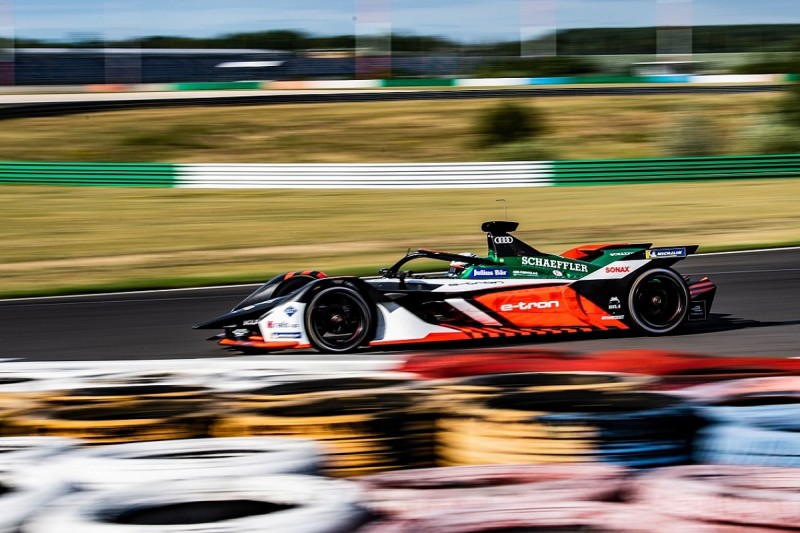 "I think I achieved that as good as I could."

Rast made a one-off FE appearance for Team Aguri on the Berlin street circuit in 2016 to stand-in for Antonio Felix da Costa, who was tied with DTM commitments.

He qualified 13th, ahead of team-mate Ma by 0.5s, but retired after sustaining damage in an early collision with Bruno Senna - marking his first single-seater race since a part-season in German Formula BMW in 2004.

Rast added: "I definitely can take something from the old experience.

"I remember in 2016 in Berlin, I had a bit of a shock driving the car for the first time and this shock I did not have this time.

"This feeling of not having an engine and only the wind noise and hearing basically every little crack in the car.

"You hear so many details, which you don't hear in a normal race car because the engine is just overruling everything.

"So this I could take away but in general, the cars are completely different."

Rast also reckoned he would not be helped as a series newcomer by the teams and drivers not yet having received the three different track layouts for Berlin.

"I hope that we will get the layouts rather sooner than later," he said.

"People with experience, they might still have a big advantage, not knowing the track, because I need to freestyle probably a lot more."

He will continue his preparation in the Audi team simulator ahead of the first of three Berlin double-headers on 5/6 August.

Why Formula E's feel-good comeback story has no bitterness

What's new in Formula E ahead of its return?