Triple DTM champion Rene Rast says he was unaware he was joining Formula E for only one year, with Audi set to quit the championship following the current season

The German manufacturer officially announced on Monday it will quit FE at the end of the 2020-21 campaign in favour of all-electric Dakar Rally and LMDh sportscar projects.

That decision will leave Rast without a major race programme for the second time in the space of 12 months, with Audi also having exited the DTM at the close of the 2020 season.

The former Team Rosberg driver was drafted into the FE squad to replace Daniel Abt after the two-time E-Prix winner was sacked when he had a sim racer take his place in a virtual competition.

Rast contested the six Berlin rounds in August, scoring a podium on the extended circuit at the Tempelhof Airport venue.

The 34-year-old said these races had acted as an audition ahead of gaining the full-time seat alongside Lucas di Grassi, the 2016-17 FE champion having told Autosport he wanted to remain in the championship.

"In Berlin, everything was new. The first three races, I can remember I felt like a punching ball, but then I started punching," Rast said on the final day of Formula E's pre-season test at the Circuit Ricardo Tormo in Valencia.

"I had to learn the hard way, but all six races were important for me to prepare for [this] season.

"I already have quite a bit of experience for next year, it has helped a lot. 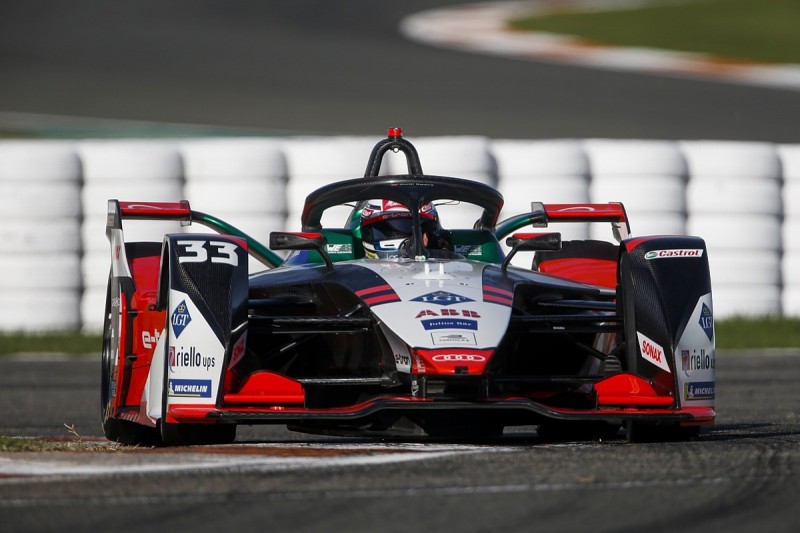 "The last two races in Berlin with the podium and fourth place was obviously kind of a promotion for next year."

Both Rast and di Grassi are contracted by Audi Motorsport, not just for the FE team, which means they will be retained by the manufacturer.

But when asked by Autosport if Rast knew he was effectively signing on for a one-year deal, he said: "No. I committed after Berlin and at that point nobody knew what was going to happen.

"Obviously, I was hoping that at least I can do more years than just one."

Di Grassi told Autosport he had "no hard feelings" about Audi's decision, while Rast said everyone "would have to accept it".

Rast, a member of the Audi stable since 2009, added: "Obviously for me, I just joined and it's a bit of a pity that Audi basically leaves end of next year already.

"There are reasons for that and we all have to accept it.

"It's not my first time that a programme stops during my time! I'm used to that [with the DTM]."

Audi has developed its new powertrain for the 2020-21 FE season in-house for the first time and in the overall classification for the three-day Valencia test, Rast set the 18th fastest time.

Di Grassi was slowest in 24th, but his best flying lap was only 0.578s shy of pacesetter Maximilian Guenther for BMW Andretti.