After Wehrlein had covered off di Grassi on the run to the fast right first corner, Rowland braked later than those ahead of him, locked up heavily down the inside of di Grassi's Audi and slid mid-corner, but held on to take second behind Wehrlein.

"I was wanting to be safe," he told Autosport when asked about the move.

"The last thing they said to me on the grid was 'remember, we need some points'.

"So I was trying to stay out of trouble and honestly in that situation you go completely on instinct.

"I knew were where I was and Lucas was looking more at Felipe and he kind of braked when he did.

"But it was so early and I just said 'I'm going' because sometimes if you stay behind in that situation it can all kind of come into one and you can end up worse off.

"So I went for it. It didn't actually feel that risky but everybody was like 'yeah, that was amazing". For me it was quite normal." 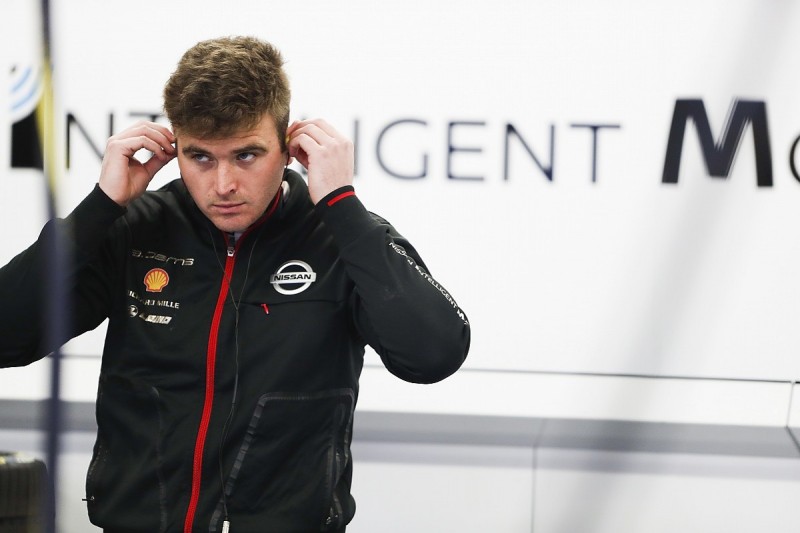 Rowland fought Wehrlein and di Grassi for the win at the Mexico City track, but was ultimately classified 20th after running out of energy on the final lap while running third.

His Nissan team-mate Sebastien Buemi, who ended up 21st after encountering the same issue, put this down to a strategy software miscalculation.

Rowland also revealed that he had been competing in the race using the same tyres he had run across the practice sessions, as his qualifying and race set had been punctured during qualifying, which he reckoned cost him performance.

"I got a puncture with a tyre in qualifying so I had to run with completely dead tyres [in the race]," he explained.

"The rear tyres were on the limit [anyway]. And in quali I got a puncture so then I had to run the tyres from free practice and they'd done a lot of laps and they were pretty dead. Now it's like a slick.

"So, I think on that side I lost performance for sure, I was missing traction. In left hand corners I was struggling a lot."

"So, that's another positive to add onto the race [that I was competitive despite the tyre issue]."