Rosberg has already ruled out entering the electric championship - where he is an investor - as a driver.

But the upcoming arrival of Mercedes, his former F1 employer, to FE in 2019/20 has led to suggestions his knowledge of the championship would make him a useful team principal for the manufacturer.

Rosberg's investment means "he's not precluded from doing it [a team role]", according to FE CEO and founder Alejandro Agag, but the 23-time F1 race winner explained that the time he would have to invest as a team principal means such a move is not on the cards at this stage.

"First of all, I stopped F1 - among many reasons - because of the demand it has on time," Rosberg told Autosport.

"And it's just such a huge commitment, and the role of a team principal, like the way Toto [Wolff] does it or the way you would have to do it, again it would go back to being such a life commitment.

"Because all the other guys are committing their lives to it, so to do well you need to do the same and can't just do it as a part-time job.

"Now, at the moment, I would not see myself in any such role.

"This new freedom which I have in my life - which I value a lot - freedom over my time, has really been a powerful step for me, so I don't see myself going away from that any time soon.

"But you never know." 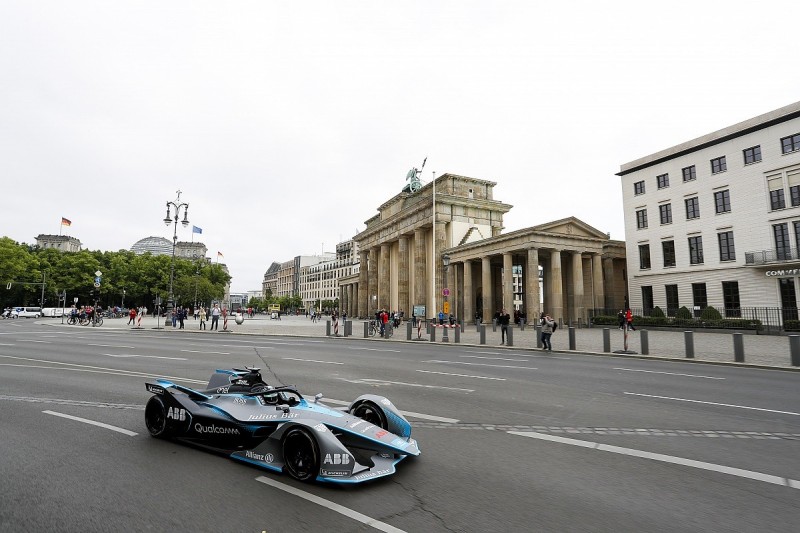 After he sampled FE's Gen2 car in a run around the streets of Berlin ahead of this weekend's race in the city, Rosberg again insisted he is not interested in returning to the cockpit competitively.

"'Racing driver' for me is completely done, it's really ticked off," he said. "Now it's just exciting new adventures.

"It's fun to be sitting next to Alejandro [in the pre-race press conference] in a very different role all of a sudden.

"I've been in those press conferences [hundreds of times] and now I'm sitting there in a very different role.

"It's nice to talk from different perspectives and join forces like that with Alejandro."

When asked how he felt Mercedes would get on when it leaves the DTM at the end of 2018 to join the sixth season of FE, Rosberg backed his former team to succeed.

Although he acknowledged it would not face an easy task given the recent manufacturer influx to FE.

"We all know Mercedes. When they do something, they do it properly," he said.

"Therefore I am quite convinced they are going to do well.

"But there's Porsche, Audi and BMW [as well]. It's going to be a huge battle out there, and that's just for Germany, there's all the other awesome manufacturers, as well.

"It's going to be a crazy battle out there."