The former Porsche LMP1 star took advantage of his employer's exit from the World Endurance Championship to join the independent Dragon team for the 2017/18 FE campaign.

Dragon split from its technical partner Faraday Future in the off-season but after signing Jani it explored a possible arrangement to embed Porsche engineers amid an encouraging testing programme.

But it suffered a setback before the opening round in Hong Kong when it emerged any Porsche tie-up, which could have been similar to the Venturi/HWA or Andretti/BMW deals, would not come to fruition.

In Hong Kong the team struggled immensely, with Jani a lapped 18th in both races as team-mate Jerome d'Ambrosio also finished nowhere near the top 10. 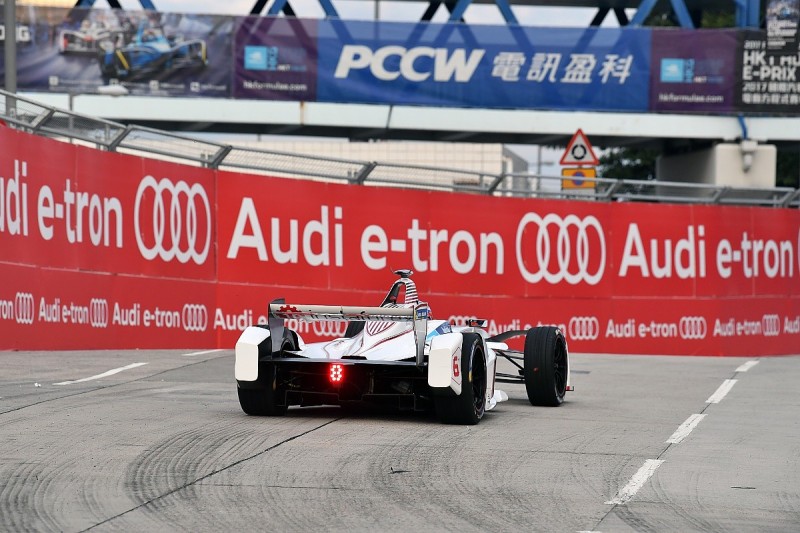 That left Dragon as the only team not to score a point on the opening weekend, with the next-worst outfit the championship-winning Renault e.dams squad on seven points.

Jani told Autosport: "As a result of changes that were unforeseen, Dragon Racing and I have decided that it is in the best interest for the future of the team and myself that we end our alliance.

"I would like to thank Dragon Racing for giving me the opportunity to experience Formula E, and I wish them all the best for the continuing season."

Jani's FE exit leaves him with just a Rebellion LMP1 programme to focus on in 2018, although he retains his Porsche ties.

Dragon is yet to comment on the sudden separation from its significant summer signing, and it remains to be seen who will be drafted in to replace Jani for Marrakech next weekend, and the remainder of the season.

Prior to Jani, Dragon fielded Loic Duval, Mike Conway and Oriol Servia alongside d'Ambrosio at different times in FE.

Toyota LMP1 ace Conway is the only one of those trio likely to be considered for a return, having stood in for Duval in Paris last season.