Mahindra claimed its breakthrough victory with Rosenqvist in Berlin earlier this year, seven races into the Swede's rookie campaign.

Rosenqvist added four other podium finishes on his way to third in the points, while Heidfeld matched Rosenqvist's tally of five rostrums and finished seventh in the standings.

He said the coming season would be "a massive challenge with stiff competition", and added: "I will draw on everything I learned in 2016/17 to try and lift us to the next level."

Heidfeld joined Mahindra for the second FE season in 2015/16 and has been a key part of the Indian manufacturer's rise from sporadic point-scoring team to frontrunner.

The ex-Formula 1 driver said Mahindra is "going from strength to strength" and is "exactly where I want to be".

Mahindra team principal Dilbagh Gill has said mounting a title challenge is expected after retaining its two drivers and strong development work with its M4Electro powertrain.

"We're thrilled that both Nick and Felix will remain with Mahindra Racing next season," said Gill.

"With them, we're confident that our new race car, the M4Electro will prove to be our strongest yet and Mahindra will consistently be fighting at the front of the field for wins and championships."

No team claimed more podium finishes or pole positions in FE last season than Mahindra, as concrete an example of its progression as you are likely to find.

Mahindra has come a long way from an erratic inaugural FE campaign, going from eighth to fifth to third in the teams' championship over the three seasons.

Five rostrums apiece for Rosenqvist and Heidfeld show their combined value to the ever-improving team, while three poles for the Swede (matched only by champion Lucas di Grassi) shows there is plenty of speed to go with Mahindra's race performance.

But Heidfeld's experience, relentlessness and technical understanding has been key to the team's development.

Retaining both was a no-brainer for Mahindra, although there was a feeling that Rosenqvist would be particularly tricky to lock down.

Instead, the understanding is Rosenqvist has signed a deal for longer than just this season.

If that's the case, Mahindra will have a driver firmly capable of delivering the title challenge its team principal Dilbagh Gill has targeted. 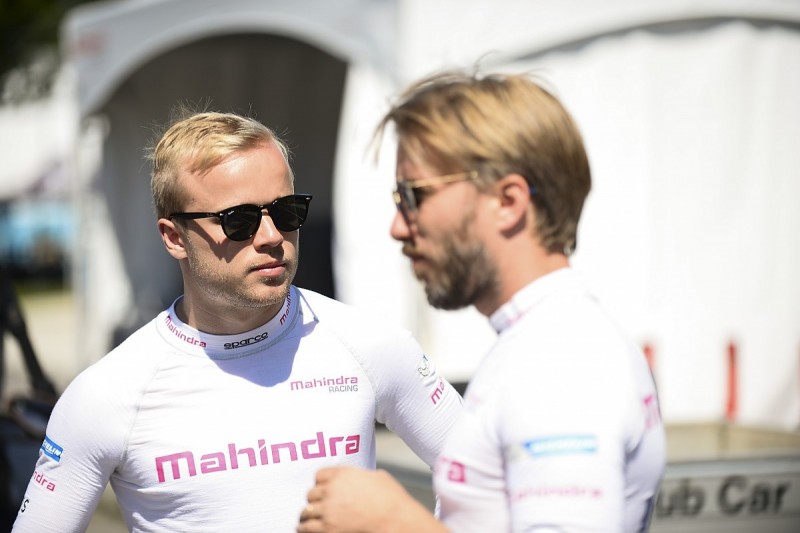 The paradox that could fix F1's biggest flaw