The opening races of the Gen2 era have featured a significant number of clashes between cars, and Lotterer's comments relate to the Hong Kong race in which late contact with Envision Virgin Racing's Sam Bird left him with a puncture that dropped him from the lead.

Further high-profile clashes between FE drivers occurred last time out at Sanya, with several drivers voicing frustrations at incidents and the consistency of the subsequent penalties applied.

Lotterer, whose team-mate Jean-Eric Vergne has called the on-track clashes seen so far this season as "not motorsport", compared the situation to his karting career and suggested FE could look at making changes to its car to improve the situation.

"I hope [the Hong Kong incident] raised the concern that in Formula E it is too easy to bump each other," he told Autosport.

"It reminded me of karting when we started to get plastic bumpers and we fixed them really strongly and we were able to just bump each off the track and it became a real serious problem because racing was not good anymore.

"Then they banned the strong fixing and it resulted in losing a bumper immediately if you touched someone.

"If you lost a bumper you had to come in and get a new one and racing became a lot cleaner and we weren't touching anymore.

"It just reminded me a bit that it would be good to have some situation like that [in FE]." 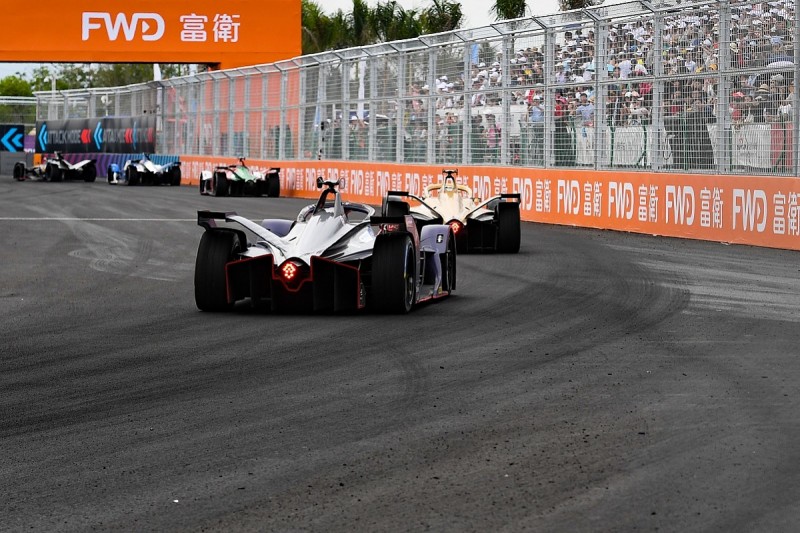 Lotterer also explained that the low downforce nature of the Gen2 car meant it was "not like in F1 or in aero-dominated series where it's vital for you to continue [without damage]".

"In FE, the way the car is made, we do not have a problem [with] damage," he continued.

"There's something to be done because the five-second penalty isn't big if you think about it.

"If that happened earlier in the race, we had an eight-second gap, so [Bird] would still have won the race."

FE sporting director Frederic Espinos said the increase in action at FE races is "linked to the car, which is more robust", but he supported the calls made by the FIA over punishing recent incidents.

"[The FIA is] a little bit the police and the judge, and they are working to bring consistent decisions," said Espinos, speaking at a recent press conference promoting an FE demonstration in Vienna.

"They are totally independent and are doing their job well.

"We want show and action, but we also want it to be fair and inside the rules, and in good spirit. We are looking for a nice show and a fair show."