The Argentine was a guest of sister brand DS in Buenos Aires and almost made a shock FE debut as a replacement for Jean-Eric Vergne before the Frenchman recovered from food poisoning.

"In the future, why not?" said Lopez, who tested for DS's Virgin-affiliated team last year while it was developing its season two powertrain.

"It's something I like because of the level of the drivers, there are a lot of drivers I know and they race in very nice cities.

"Today being a Citroen driver it is not possible. In 2017, Citroen will be leaving the WTCC so it could be an option for the future.

"I did a small test, it was good fun. It's different, it takes you a few times to get used to but then it's fun to drive.

"At the start people doubted what it was going to be and I think it has exceeded the expectations of everyone.

"Drivers like to race and this is proper racing."

DS is Citroen's luxury vehicle division and using FE to cement its position as a standalone brand.

But the links between the two were reinforced late last year when long-time Citroen technical guru Xavier Mestelan Pinon moved across to the DS FE project.

"It will be fantastic to keep a link to the team I have today," Lopez added.

"They took me in two years ago and it's a family."

Lopez had a seat fitting in Vergne's DSV-01 on Saturday morning when the Frenchman reported ill and the team explored the possibility of a last-minute substitution.

Vergne was then checked again by the medical team and passed fit, which stopped DS Virgin being able to replace him under force majeure.

Adam Carroll, on standby for Mahindra in case Nick Heidfeld was unable to race after recovering from a wrist injury, also had a seat fitting.

Team principal Alex Tai explained that it was a genuine u-turn brought on by Vergne's recovery.

"We were very concerned [in the morning], at that stage no way was he driving," he told Autosport.

"We had to look around for some options and thankfully there were some around - some very popular options - but I want to have JEV driving my car.

"He didn't like it when I said he couldn't drive.

"And I welcome his passion because he should want to drive. But I had to make a judgement call.

"All the way through FP1 and FP2 he wasn't fit. And then he'd recovered sufficiently, there was enough colour back in his cheeks and I said 'OK, we'll give it a go'." 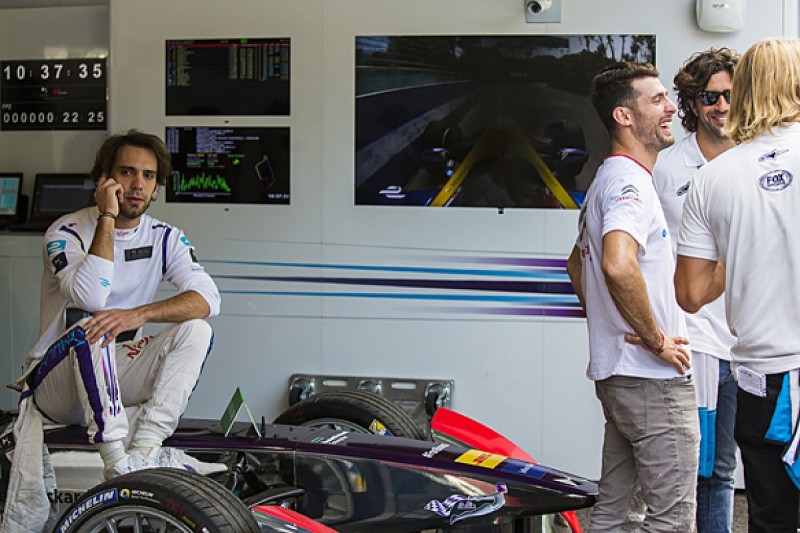