Vergne heads Virgin Racing's Sam Bird by 40 points in the standings with three races of the 2017/18 season remaining and can clinch the title at this weekend's race in Zurich.

To do so, Vergne would need to end the weekend more than 58 points clear with just the season-ending New York double-header remaining.

At the Berlin E-Prix last month, Vergne clashed with Renault e.dams driver Sebastien Buemi as they fought over third place.

Vergne went on to secure the final spot on the podium behind Audi duo Daniel Abt and Lucas di Grassi, and later insisted that he would not be changing his on-track approach despite the potential risk of losing points as a result of a collision.

"I don't want people to think that I'm going to drop my weapons and let them by or not be aggressive," Vergne told Autosport.

"I am an aggressive driver, I never crash, I guess I'm fair - but I'm not going to not be aggressive because of the championship."

"You always think about the championship, but I don't run with a calculator in my head.

"I'm here to race - I think that Buemi may have thought that he could be more aggressive with me [in Berlin] because I have the championship to win.

"But if I start [driving] like this, losing out in battles with drivers because I have a championship [at stake], then it's open doors for everybody." 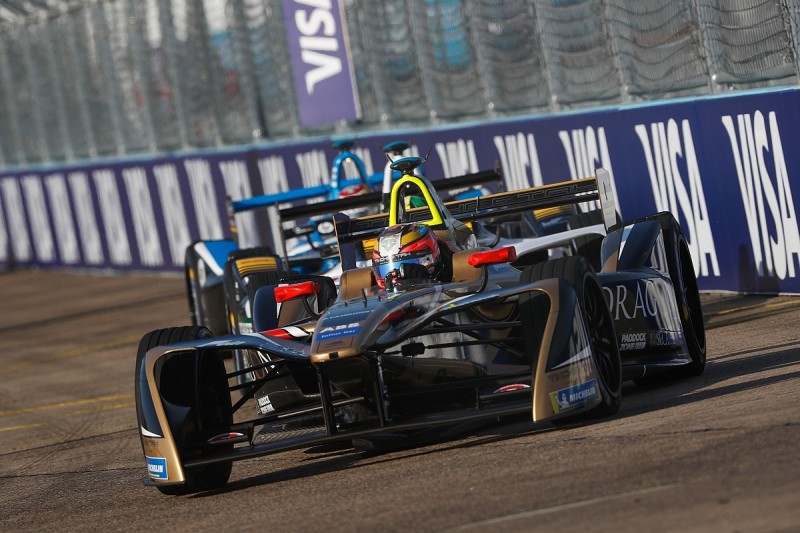 If Vergne wins the 2017/18 FE title, he will become the fourth different winner to clinch the electric championship in four seasons.

Should the former Toro Rosso Formula 1 driver take the title in Zurich it would be the first time an FE drivers' championship fight has not gone down to the wire - as Nelson Piquet Jr, Buemi and di Grassi all secured their titles at the final races in FE's opening three seasons.

But Vergne is refusing to consider any such scenarios at this stage.

"Technically I [can be] the champion in Zurich - but I don't think about that," he said.

"I just want to arrive with the same state of mind - meaning [that] I'm there to do the best job I can - and try to score as many points as possible.

"Then maybe I'll be champion in Zurich, but we will see."