Porsche's 2016 Le Mans 24 Hours winner and World Endurance champion was announced as Loic Duval's replacement at the American Faraday/Dragon squad on Thursday evening in the US.

Two outings for Rebellion in the IMSA SportsCar Championship at the start of this year have been Jani's only extracurricular activity during Porsche's four-season LMP1 campaign.

But Porsche's withdrawal from the LMP1 ranks at the end of this season, ahead of the 2019/20 arrival of its works FE entry, has allowed Jani to make a move he had "prepared" himself for earlier this year.

Jani does not assume he will be contracted by Porsche to race in FE, but asked by Autosport if he would drive for Dragon until Porsche is part of the series, Jani said: "A lot is possible, isn't it?

"For now, we're finishing the WEC season, then everything will fall into place.

"It is an advantage that I can have my first steps at Dragon, because they had a difficult season last year and expectations are not that high.

"So I am not learning for Porsche at Dragon, I am learning about Formula E for myself."

Jani tested the team's second FE powertrain at the Spanish track Calafat earlier this month, and said it was so short notice "I even prepared my race seat myself".

"You miss the sound, but the car is a real race car," he said.

"It's what you're looking for as a driver.

"It's wonderful to drive. The car is agile, the steering is great. "I was feeling at home very fast."

Qualifying/races will be 'two different worlds' 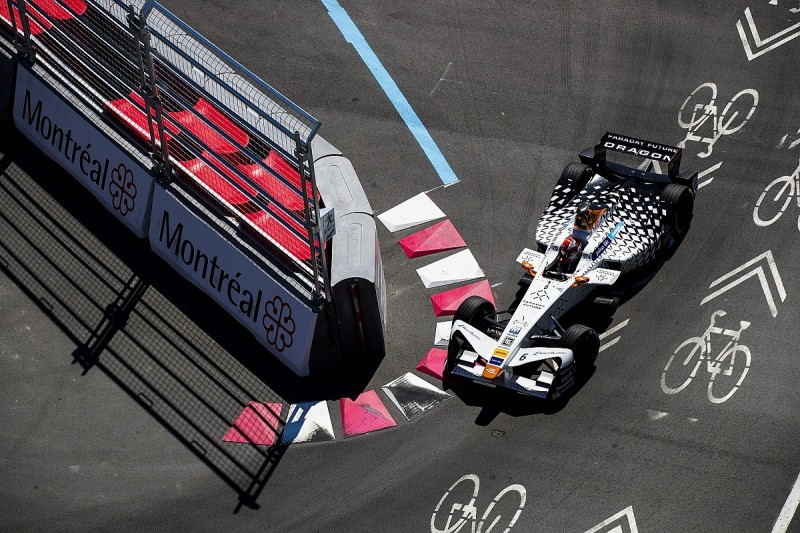 Several past and present LMP1 drivers race in FE, and Jani predicts his experience of that formula will be a benefit.

"You have to coast and recover energy - this is what we do in LMP1, too," he said.

"However, the systems in the FE car are much more simple than in the Porsche 919.

"During qualifying you don't coast. That's different to LMP1. And if you're going full throttle in a FE car the drivability is totally different.

"Qualifying and races are going to be two different worlds."

Dragon team owner Jay Penske has said the Swiss driver is part of a plan to win races and fight for the title in 2017/18.

Jani said the team's poor 2016/17 season, in which Faraday Dragon finished eighth of the 10 teams and scored a best finish of fifth, meant an immediate title challenge was unlikely.

"I don't think I can take the fight from the word go, considering how things went for Dragon last season," said Jani.

"The aim is to improve the team.

"I want to be on the podium a couple of times, even though this will prove to be difficult.

"I am happy to be with Dragon, it is a great team to learn FE and it puts me into a good situation in this booming series for the coming years."

Jani has not ruled out competing in other categories once Porsche's final LMP1 season has finished.