FE changed its group format for the current season with first-on-the-road group one made up of the top five drivers in the championship.

Certain tracks, such as the one used in Santiago race, have had dramatic track evolution that meant drivers in the later groups had an advantage in the fight for superpole.

Drivers such as reigning champion Jean-Eric Vergne have criticised the format, but Audi boss Allan McNish recently called for an end to the complaints.

Now Evans, who will begin qualifying in group one after his Rome E-Prix victory last time out, has defended FE's qualifying method.

"It's a very mixed view from all the drivers but I think it's fair," said Evans. "I know some will disagree with that.

"I was in group one in Marrakech and many times last year. Unless we do a lottery or something like that...it's never going to be perfect.

"With four groups, there's always going to be differences [in lap time] but I'm in group one this weekend and I won't whine if I'm last. OK, I might have a little one!

"What else can you do? You can't let the guys who are last in the championship go first because it's going to be an even bigger disadvantage.

"Unless we change the format and have two groups - split the field in half - I think for the moment it's the fairest it can be." 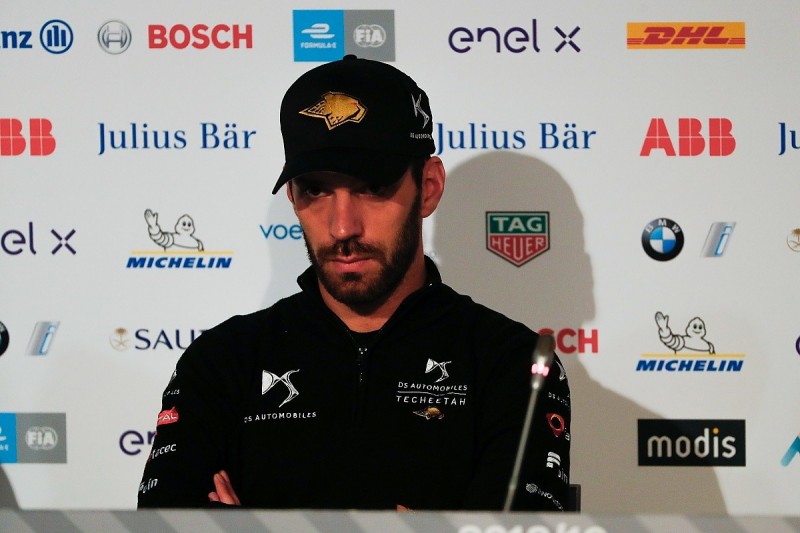 In the same pre-race press conference, Vergne added he had "mixed feelings" with the qualifying format.

He said: "As a driver, I find it completely unfair. You worked hard, you try to get yourself in the best team and you get penalised for being in front of the championship and doing your job.

"For me, I absolutely hate it.

"Then if I take a bigger perspective, I am not against it. Even if I had to vote for it [to stay in FE], I would not be against it.

"At the end of the day, we are here because of the fans, the manufacturers and it is a good thing.

"Fair enough if you are in group one, you are going to start far away depending on the race. In Santiago, I did the pole in my group and was 15th ahead of the guys in my group. That's part of the game."

Vergne added that he wanted to see changes that would encourage greater energy saving, following a run of flat-out races caused by the greater efficiency of the Gen2 car and disruptions such as safety cars lessening the need to conserve energy.

FE recently stated that it was looking at ways to bring more energy management into races.