The first eTrophy campaign will begin at the FE season-opener in Riyadh on 15 December 2018, before skipping the next two FE rounds.

The eTrophy will resume in Mexico City in February 2019 and will support FE for all of its remaining season five events, except the Swiss round - which is getting a new location after the Zurich event was cancelled.

"Seeing Jaguar I-PACE eTrophy racecars line up on the grid in December will be a proud and historic moment for Jaguar, and spectators can expect plenty of action from the races," said eTrophy championship manager Marion Barnaby.

"As we travel to some of the world's most exciting cities we'll be bringing a new kind of electric street racing to the public and inspiring the next generation of electric vehicle owners."

The eTrophy calendar is still subject to the approval from the FIA's World Motor Sport Council and the necessary track homologation processes. 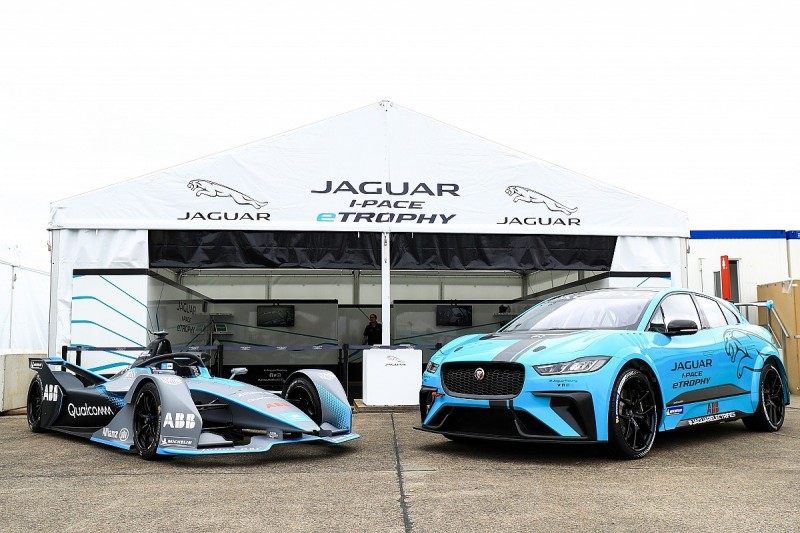 The championship's event format will consistent of one race of 25 minutes plus one lap at each location, which will follow dedicated practice and qualifying sessions.

It is not yet known how these sessions will be arranged around FE's single-day event format.

The prize fund for the eTrophy series exceeds £500,000 per season and Jaguar is planning to field a VIP entrant at every round.

The first official pre-season test for the opening eTrophy championship will take place at Silverstone later in September.

A Jaguar statement announced that "teams will travel to the iconic Silverstone circuit to take delivery of their Jaguar I-PACE eTrophy racecars".

The Rahal Letterman Lanigan Racing team that will field Katherine Legge and Bryan Sellers remains the only squad to commit to entering the first eTrophy season at this stage.