The two drivers collided while battling for third place just before the halfway mark of Saturday's race in Monaco.

Vergne tried a pass around the outside into Turn 3 but Piquet, who had just kept his nose on the inside of the Techeetah driver, did not back out and they made contact.

That put the two drivers side-by-side through the corner and they banged wheels on the exit, which partially turned Piquet round and forced Vergne into the barriers on the left-hand side.

Piquet went on to finish fourth but Vergne retired on the spot and had his right hand bandaged up after the race, complaining that he could not move it properly and needed an X-ray.

"Right now, he destroyed my race here and maybe also the next one in Paris," Vergne told Autosport.

"I'm going to do everything to be fit for Paris but when you're injured you never know what's happened in the body."

Asked to give his account of the crash, Vergne replied: "It's not my perspective it's what happened, it's fact. I'm not exaggerating anything. 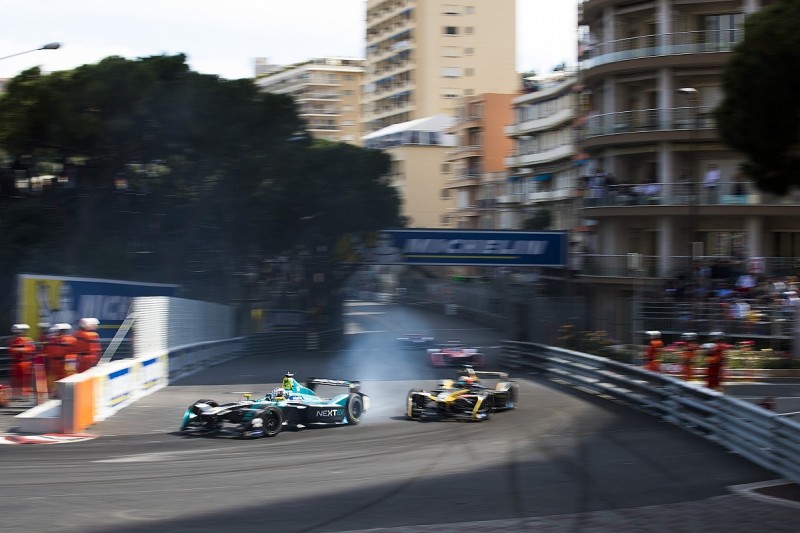 "I passed him on the brakes and he outbraked himself totally and used my car to stop and rotate.

"I received two big hits in the middle of the corner and we were side-by-side on exit.

"He just squeezed me on the outside as the wall comes back and I ended up in the wall and hurt my hand."

Vergne remains fourth in the drivers' championship after his non-score but is now 64 points behind series leader Sebastien Buemi and said the crash cost him "a podium, absolutely".

He added: "We didn't speak. I hope he regrets it because he cannot hide.

"I'm not trying to protect my case - it was pretty obvious what happened."

Piquet said he knew Vergne would assume it was intentional but insisted it was a racing incident.

"JEV is usually an aggressive, strong guy - he doesn't take chances, he likes to push the boundaries," said Piquet.

"I thought he would back off because clearly I would not let him past on the outside, and he turned into me.

"Once I got back the car just snapped, it touched him and we were stuck with each other and the wall comes back to us over there. I was lucky to get away with it.

"It's a shame, I hate that it happened with him and I hate these kinds of situations.

"I don't like bad feelings and I'm sure he's very upset and thinks I did it on purpose, but I was just going to defend my position."