Maximilian Gunther believes Formula E has a "very, very bright future" and is "untouchable" despite the loss of two big-ticket manufacturers in Audi and BMW

Both Audi and BMW revealed in December that they would leave Formula E at the end of the 2020/21 season, marking the first time a major car manufacturer has announced its withdrawal from the series.

So far Mahindra Racing and DS are the only two manufacturers to publicly commit to the upcoming Gen3 era, although more teams are expected to sign up for the new regulations in the coming months.

There has also been interest from some other marques not currently in Formula E, most notably McLaren - which has an option to join the championship.

Gunther is directly affected from the departure of his team BMW and is currently evaluating his options to extend his tenure in the series beyond the current season.

PLUS: Why BMW and Audi have pulled the plug on FE

But the two-time race winner remains optimistic about Formula E's future despite the manufacturer exits and competition from new all-electric championships like Extreme E.

"From my side I see a very, very bright future of Formula E," Gunther told Autosport.

"For sure it's unfortunate that Audi and BMW are exiting, but I think there are many more people on the list of manufacturers that want to join, and that will join this championship.

"This championship is untouchable and having a great future. Already now it's one of the biggest championships in the world, and I think it will at least stay like this." 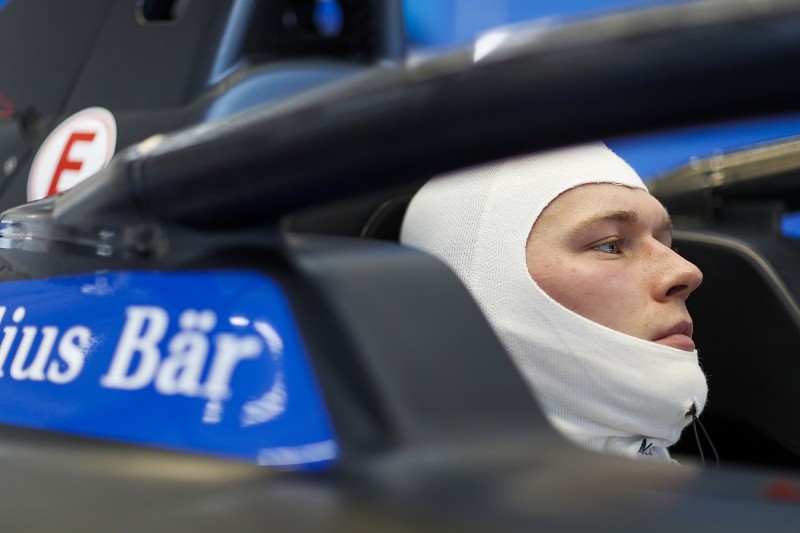 Gunther has raced exclusively in Formula E since he graduated to the series from Formula 2 in 2018/19 with Dragon Racing, in stark contrast to the majority of the drivers in FE who run a parallel campaign in another championship.

The 23-year-old said he is attracted by the new LMDh cars that will compete in the top class of the FIA World Endurance Championship and the IMSA WeatherTech SportsCar Championship from 2023, but Formula E would always remain his priority.

"I mean for this year there is nothing I can say at the moment," Gunther said.

"Never say never. But clearly for my future I see Formula E as my main programme. This is what I want to do, to drive in this world championship mainly.

"But there are other things that interest me, like for instance LMDh, which I think for the next years will provide some great opportunities.

"Something that's exciting me I'd really like to do as an addition to Formula E, like many other high-class drivers do well.

"When the time arrives for sure I will select my other option in Formula E and beyond Formula E in other championships. But I clearly see my future in Formula E.

"Hypercar and LMDh is definitely something that interests me to do together with Formula E."