As part of Liberty Media's revamp of grand prix racing, the tradition of using grid girls for F1 and its support categories will cease from the 2018 season.

F1 commercial chief Sean Bratches said using grid girls "does not resonate with our brand values and clearly is at odds with modern day societal norms".

FE used grid girls in its early seasons but opted for 'grid kids' in Montreal last season for the 2016/17 season finale.

An FE spokesperson said: "We're glad to welcome F1 to the 21st century.

"Formula E stopped using grid girls last year already, but we just didn't feel the need to shout about it."

FE has continued to invite younger fans and aspiring drivers onto the grid in the current 2017/18 campaign. 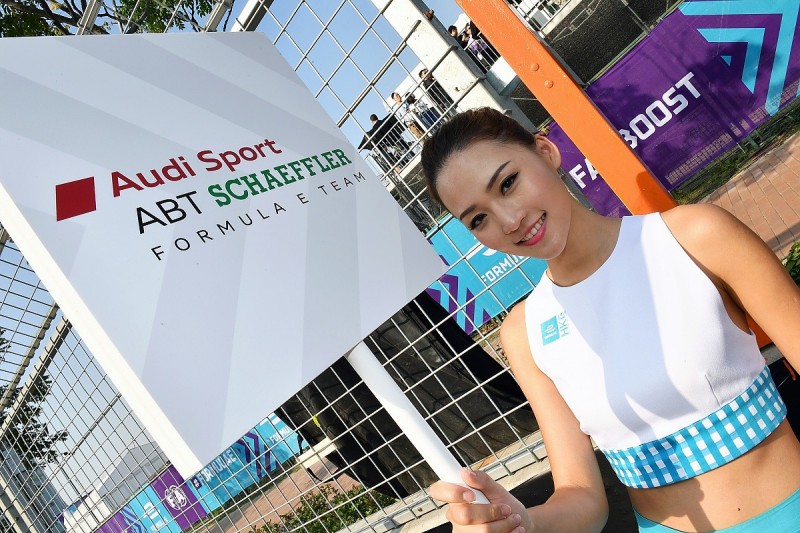 There were grid girls for the season opener in Hong Kong at the demand of the local promoter, but FE's stance is this will not be repeated in future races.

It also has a 'superfan' initiative that involves a supporter being invited to take part in the official podium ceremony.

"We're using a new concept and focusing on grid kids, and where possible we involve young and aspiring drivers that race in junior go-kart championships," the spokesperson continued.

"It's a great and emotional experience for these kids to be on the starting grid, next to the drivers and cars that they might drive one day, so hopefully it also works as a good motivation for them. "The concept is working really well."

FE was not the first major series to abandon the use of grid girls.

The World Endurance Championship announced before the start of the 2015 season that it would no longer continue with the practice.

"For me that is the past," WEC chief executive Gerard Neveu said at the time. "The condition of women is a little bit different now."

For that year's Le Mans 24 Hours, the WEC then introduced a 'women's pavillion', which included a beauticians, a 'relaxation area' that included "chat corners for girls" and a racing display that featured portraits of female Le Mans participants.

It has continued to be used at Le Mans since.