The organisers of the one-make series for electric single-seaters are known to be working on plans to run the final event of the inaugural 2014/15 championship, set for June 27, on a temporary circuit laid out around the 200-acre riverside park in the Borough of Wandsworth.

The venue is believed to have the full backing of London Mayor Boris Johnson, a keen supporter of Formula E and a political acquaintance of series boss Alejandro Agag.

The Conservative-controlled council has yet to begin the planning process that would be necessary to temporarily convert the park into a motorsport venue and is believed to be keeping the plan under wraps until after the local elections in May.

A Wandsworth press official denied any knowledge of the proposed event, which backs up the suggestion that only senior figures in the council are privy to the plan at the moment.

Formula E is refusing to discuss potential venues for the London fixture, but a spokesman insisted that a London site had been chosen.

"We have a location, and have done for a while, and it will be in the city centre," he said.

"There have been a number of hurdles and we have managed to overcome most of them, because we don't have many of the issues that other circuits have [which include noise pollution]."

The hurdles ahead of a London Formula E event still include gaining planning consent, which would almost certainly be challenged.

The hosting of equestrian events in Greenwich Park during the 2012 London Olympics was opposed by a local pressure group called No to Greenwich Olympic Equestrian Events (NOGOE), which unsuccessfully tried to block the building of a temporary arena and the use of the park for equestrian cross-country.

A one-day Formula E meeting held on a temporary circuit would involve closing or restricting access to Battersea Park for a much shorter period than the 16 weeks required in Greenwich.

Battersea has a network of roadways that could potentially be turned into an FIA Grade 3 circuit measuring between 1.5 and two miles without major construction works.

There is also a large area of hard standing, formerly the location of a fairground and now known as the Genius Site, that could be incorporated into the circuit or used as a paddock area. 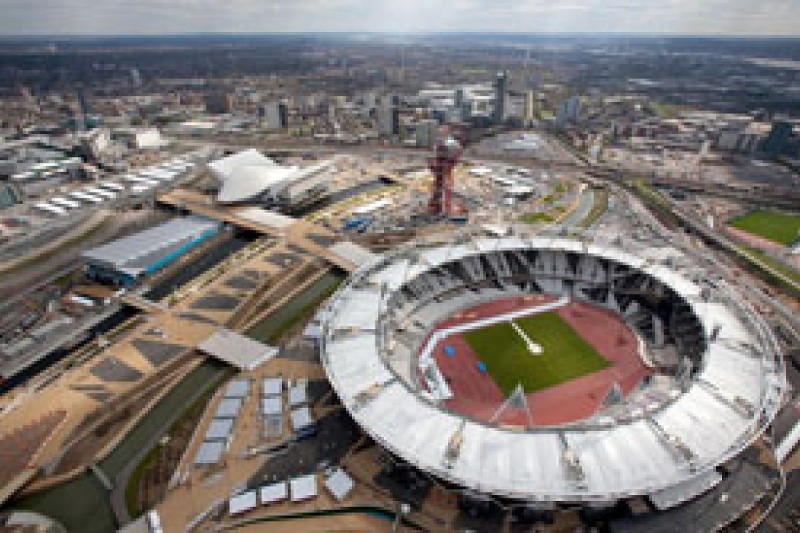 Battersea Park would deliver on Formula E's pledge to place races in central locations in each of the host cites, and it is the latest in a line of potential sites targeted in London.

The Queen Elizabeth Olympic Park (pictured), Hyde Park and a venue centred on Wembley Stadium have all been considered and discounted.

London was touted as a possible opening round of the inaugural Formula E series, but ended up being the season-closer when the official calendar was announced last September.

Should Formula E fail to secure a site for a London race, it is understood to have a back-up plan with a potential venue in Paris.

The first design of a Formula E circuit, with the exception of Monaco, will be unveiled this week in China.