Formula E could abandon city-centre circuits for up to three years as a result of the coronavirus pandemic, according to championship co-founder and chairman Alejandro Agag

The series has predominantly favoured street tracks since its inception in 2014 in a bid to promote electric vehicle technology in densely populated areas.

But it is very likely that FE will resume on permanent circuits and stage races behind closed doors following the disruption caused by COVID-19.

Agag reckons FE could then continue to use purpose-built facilities for up to three years once the pandemic is over if citizens remain uneasy about large gatherings.

"So even if the DNA will not change - Formula E is for the city - as long as there are health reasons, everybody understands that we have to make an exception.

"I don't think in the worst case scenario this will last more than three years. 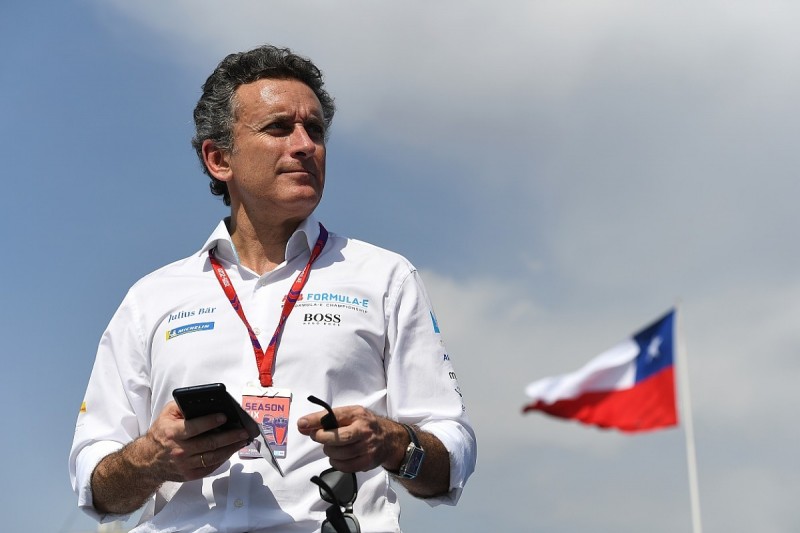 Agag (above) added that the comparatively small size of the FE paddock would allow the series to host races in territories that have imposed limits on gatherings of more than 1000 people.

When asked if motorsport should abandon pit and grid walks for fans and guests, Agag said: "I think we will see it definitely.

"Big events are facing a huge challenge for the future, they will have to have completely new ways of doing things.

"This includes Formula E and Formula 1, motorsport in general - how are we going to organise that?

"We have the very short term and then we have the medium and long term.

"On the very short term, we're going to organise races behind closed doors.

"Those races will have a minimum number of people, which for Formula E is probably under 1000 people, where we can just have a race with no public and we can broadcast that."