Robert Kubica "deserves" a chance to race in a championship like Formula E and would be an "amazing" addition, according to several of the series' leading drivers

The 2008 Canadian Grand Prix winner sampled a Formula E car earlier this month in a private test at Donington Park.

Kubica has not raced a single-seater since suffering Formula 1 career-ending arm injuries in a rally crash six years ago, but has contested the World Rally Championship and took part in GT races last season.

He drove a GP3 car in Italy prior to his Formula E test at Donington, with both single-seaters requiring adaptations including the up-shift paddle moving to the left side of the steering wheel.

Kubica was due to contest the World Endurance Championship this season with the ByKolles privateer LMP1 team but cancelled that programme, though is due to test with the SMP LMP2 squad.

Formula E points leader Sebastien Buemi told Autosport: "We discussed [Formula E] in Bahrain [at the end of 2016] when he was there with ByKolles and I said 'man, you've got to try it!'.

"Hopefully he will join, he would be a big asset to the championship.

"I would love to have him, I like him very much, but I think it's important for him when he tests that he does well, he prepares himself well, and if he prefers not to do it then that's understandable." 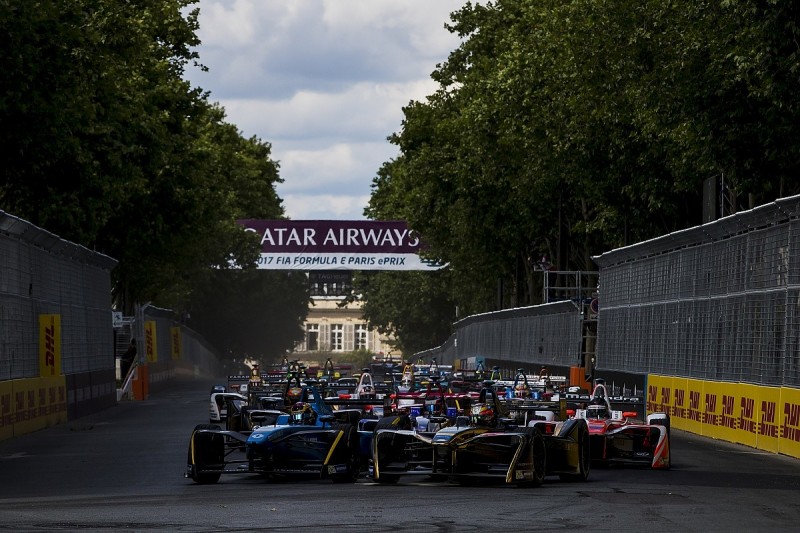 Loic Duval raced against Kubica in Formula 3, sharing the front row with him at the 2005 Macau Grand Prix, and said he deserves to be back in a major series.

"We know he's an extremely good driver, there's no question about it," he said.

"It would be cool, and not only for the championship - I will be happy for him to be able to race again in a proper championship.

"He deserves it, full stop."

Lucas di Grassi, who was part of Renault's young-driver programme at the same time as Kubica, said he was sure there would be no problem with granting Kubica permission to race with adaptations.

"I don't know how he feels in a Formula E car but some places you need to steer with a lot of angle," di Grassi explained.

"If he needs any kind of adaptation I'll be the first one to say 'yes, come over and race with us'."

Inaugural Formula E champion Nelson Piquet Jr has karted with Kubica at Lonato and said the 32-year-old's desire to race in different disciplines was similar to his own.

"Robert is a racer, I admire him," said Piquet. "All he wants is to race and he's the same kind of spirit I am.

"If he has a chance to really drive these cars it would be amazing."

Autosport understands Formula E is keen to offer Kubica further testing opportunities, but any chance of a race debut remains unlikely until 2017/18 at the earliest.

Nissan could take over Renault entry in Formula E